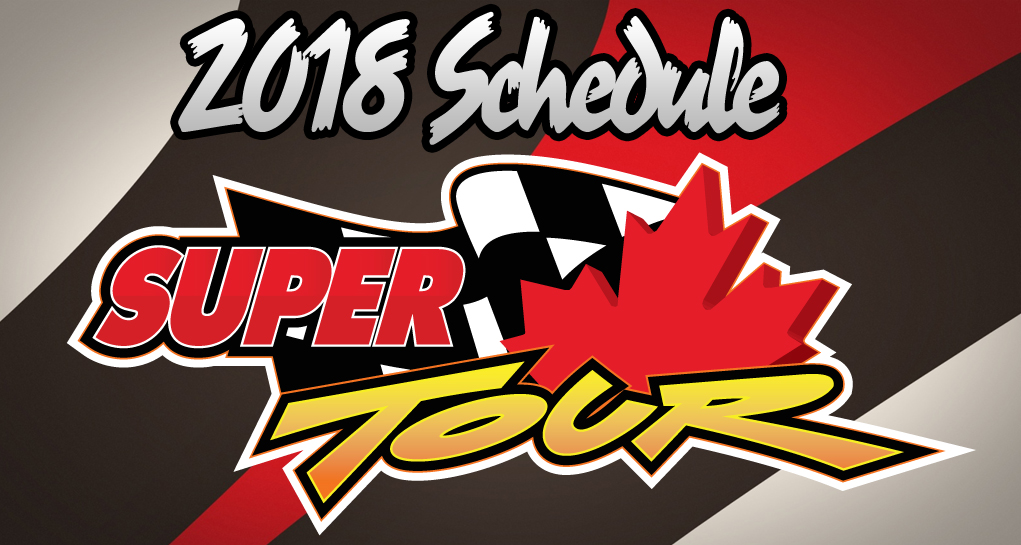 It is with great enthusiasm that the promoters announces the addition of a date in collaboration with la Pont-Rouge d’accélération de Pont-Rouge! “We are very pleased to have reached an agreement with Jacques Lebel to held a Super Tour weekend in Pont-Rouge. The racers from the Quebec City area were asking for it and we answered the call! ” says one of the promoters, Mr. Fred Angers. The season will be officially launched in Pont-Rouge June 1-3, 2018.

The second Super Tour weekend will be presented in Napierville. The date is not officially fixed but it will be either June 22- 24 or the previous weekend. The Super Tour team is proud to be associated with the Brunet brothers for a third consecutive season!

The third and fourth Super Tour weekends will take place in Luskville, Quebec. Arnie Malcolm and his team knows how to welcome people and we thank them with the addition of a second weekend at the track located in the suburbs of Gatineau. The event held on August 3-5 will sure have the biggest car count of the season of not in the history of the Tour while we’ll be paired with the prestigious Bracket Bonanza, the oldest Bracket Race in Canada, which will be at its 37th edition this year.

The racers will return to Luskville during the traditional Labor Day weekend on August 31 to September 2.

The season will end at ICAR, Mirabel for the Canadian Bracket Finals, a very popular event with the famous Saturday night party. The payouts and giveaways from the 2018 season will be distributed during the night.

The entries and payouts formats for all categories remain the same as in previous years. The pre-registrations for the National Championship point chase will begin next January. Full detail flyer will be published shortly.

For more information on the Bracket Super Tour, visit BracketSuperTour.ca or DragRaceQuebec.com 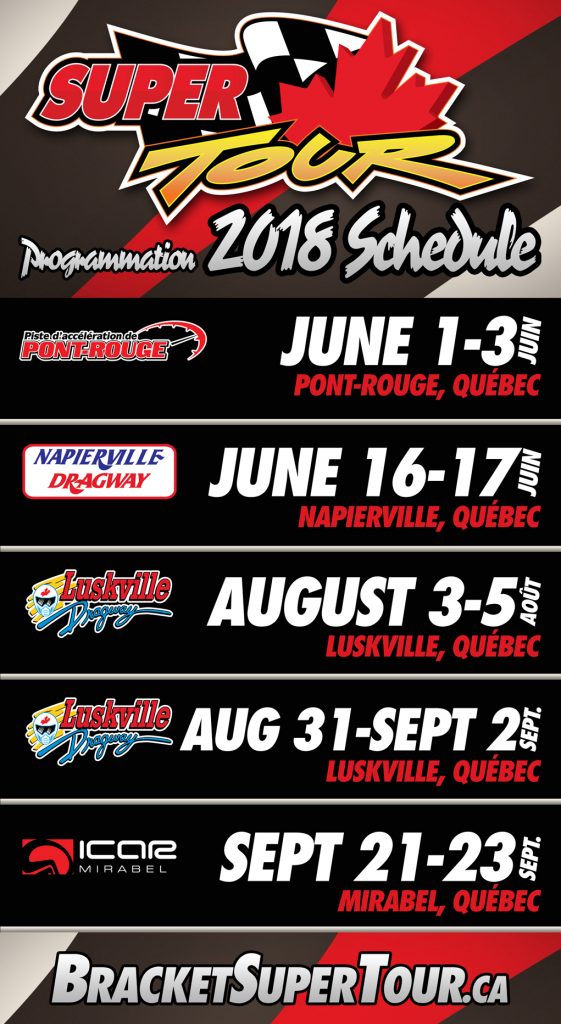