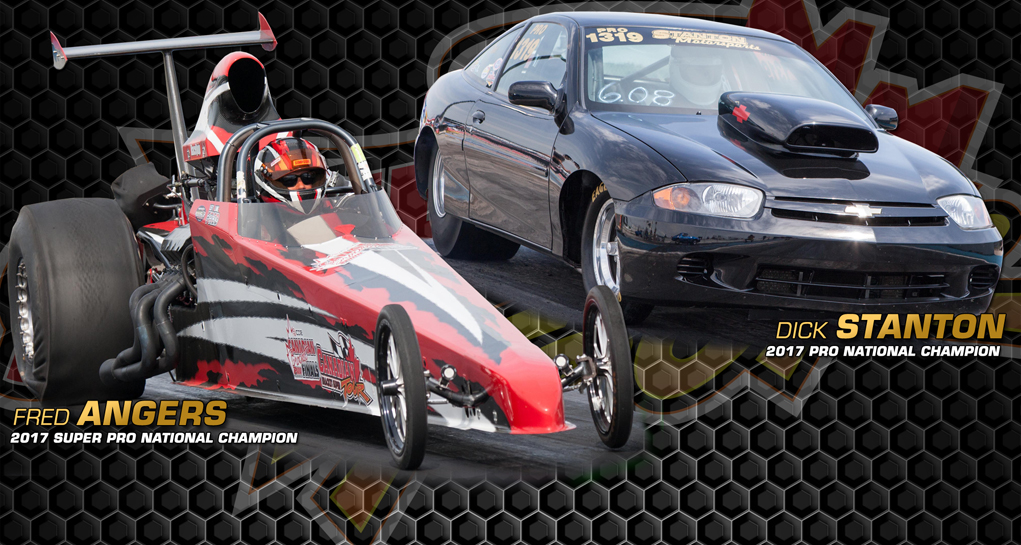 Fred Angers kicked off the season with a win at the first race of the year at the ICAR Super Tour in May. He then reached the final round for a second time at the Super Tour Napierville in June. The Lavalois finally sealed the championship at the last race in Luskville last weekend by reaching the quarterfinals. Angers dominated the Zerex Super Pro ranking from the first to the last race to sign his first Super Tour Championship with 700 points lead over the 2nd place!

Veteran racer Dick Stanton wins the Pennzoil Pro Championship in extremis! With a semifinals finish at ICAR and a win last weekend in Luskville, Stanton wins the championship by less than a round win over the 2nd place! He was in 9th place after the first weekend, slipped in 11th afterwards to finally end the season on top!

The Super Pro 2nd place finisher is Darren Frasso from Belleville, Ontario. Frasso was able to take advantage of a strong end of season to climb back the ranking. After the first weekend, he was in 31st place. He then moved up to 15th and thanks to a runner-up finish at Super Tour Luskville lat weekend, he finish second in the National ranking.

Rob Graveline finish less than a round from the lead in the Pro class. A runner-up in the 4th race in Napierville allowed the Ottawa driver to find himself in 6th place before the final weekend of the year. He then reached the quarterfinals in Luskville to finish the season in second place in the national ranking for a second year in a row.

Dale Gauthier from Belleville, Ontario finish the season in 3rd place. Gauthier reached the quarterfinals of the first race at the ICAR and won the third race at Super Tour Napierville.

Claude Labelle from Ste-Julie finish 3rd in the Pro ranking. A quarterfinals, a semifinals and win allows him to finish the season with only one round of the championship place.

Derek Malcolm from Ottawa finish 4th in the Super Pro ranking. 21st after the first weekend, Malcolm reached the semifinals and the quarterfinals at the Super Tour in Napierville to finally finish the season in force in 4th place.

Rookie Ashley Muttart from Northern Ontario started the season with a victory at the second race in ICAR. He was the favorite to win the championship before the last weekend in Luskville. Muttart reached the final once again at the last race of the season, but unfortunately used the buy-back in the early runs cumulating half the points for his rounds wins. He finished in 4th place in the Pro championship.

5th place in the Super Pro championship is occupied by professional bracket racer Adam Bitzanis. Between races in the US and all across Canada, the Montreal driver reached the quarterfinals at the ICAR Super Tour and the semifinal at Napierville Super Tour to finish the season in the top 5 of the National championship.

Luskville racer, Patrick Alarie made a good push at the end of the season. Alarie was in 15th place before the last weekend. With a good performance at the last Super Tour presented at his local track in Luskville, he is able to finish in 5th place.

Here are the positions 6 to 10 as well as the official rankings of the Zerex Super Pro and Pennzoil Pro classes for the season 2017. 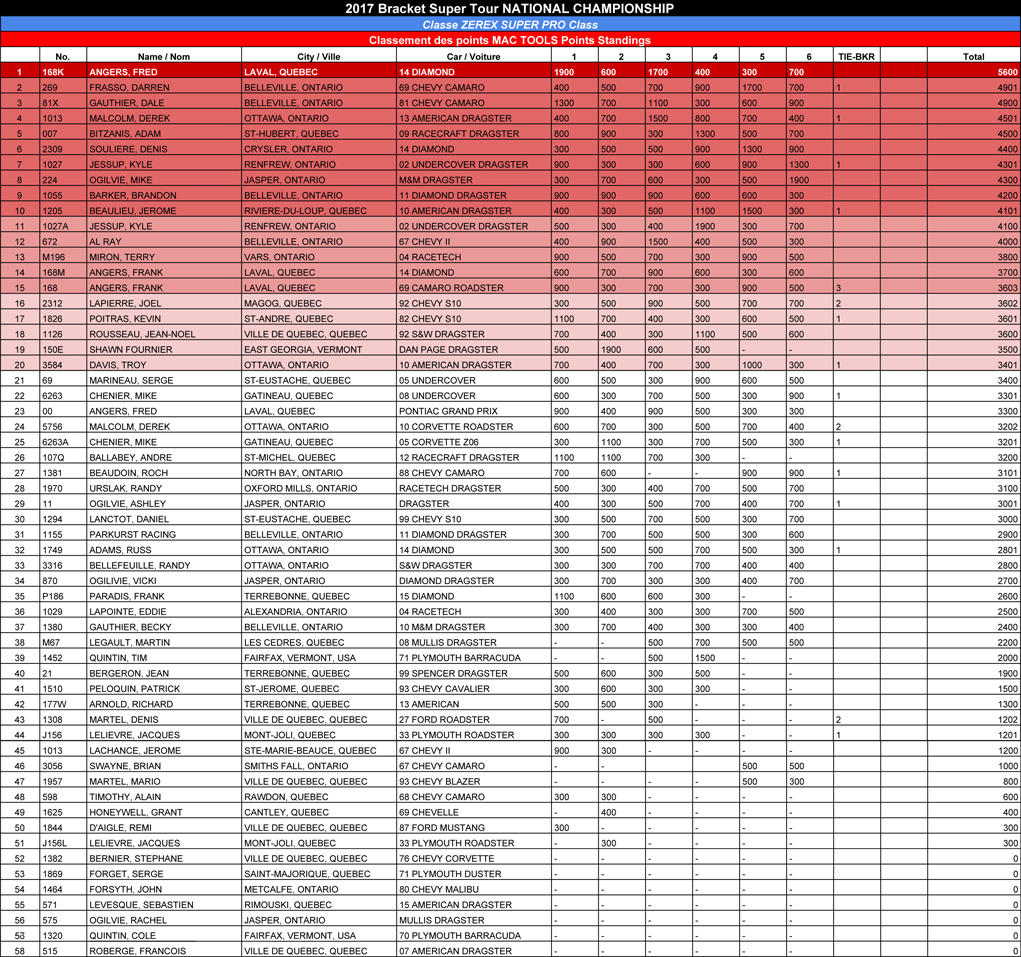 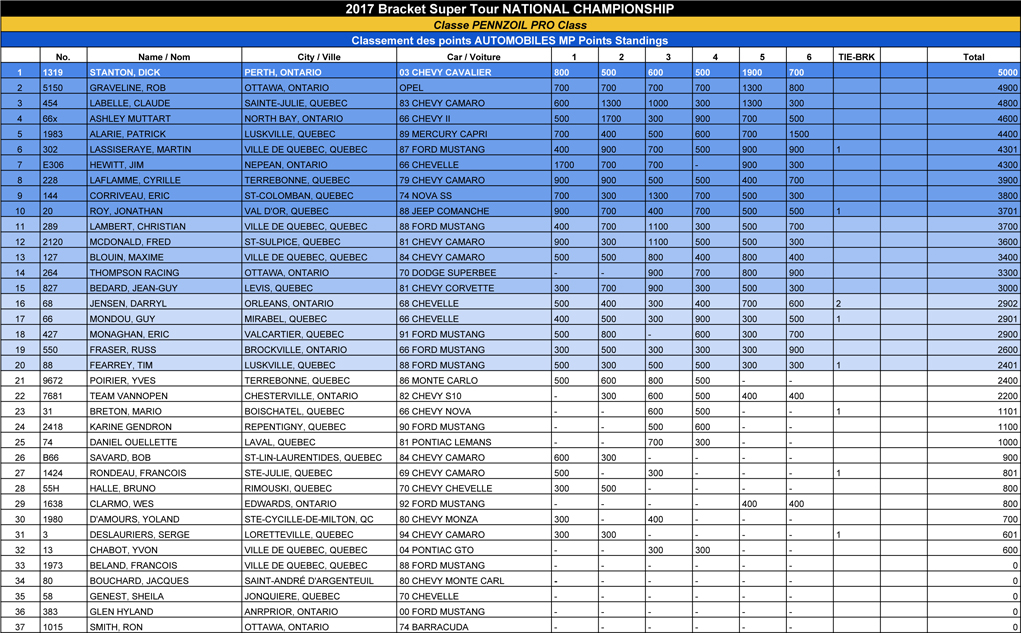 The final Super Tour weekend of the season will take place in 2 weeks at ICAR. The PARA Performance National Finals will be presented from September 23 to 25. Same formula as the other Super Tour races! Follow the Bracket Super Tour on Facebook or visit BracketSuperTour.ca for more! 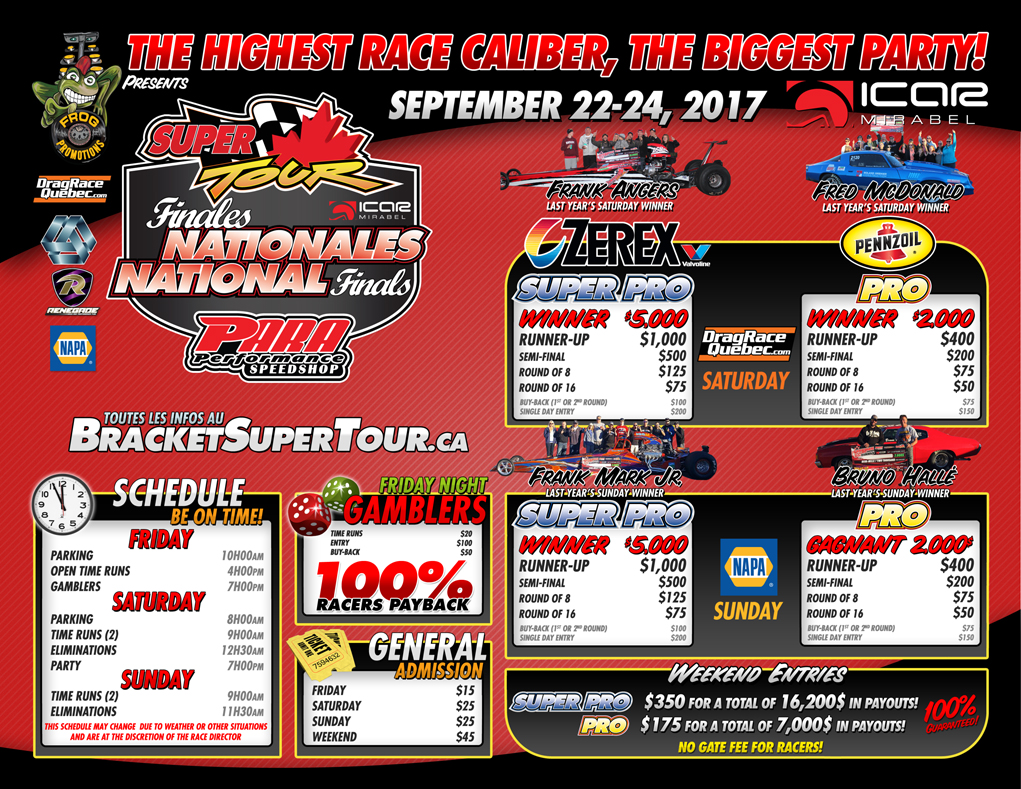