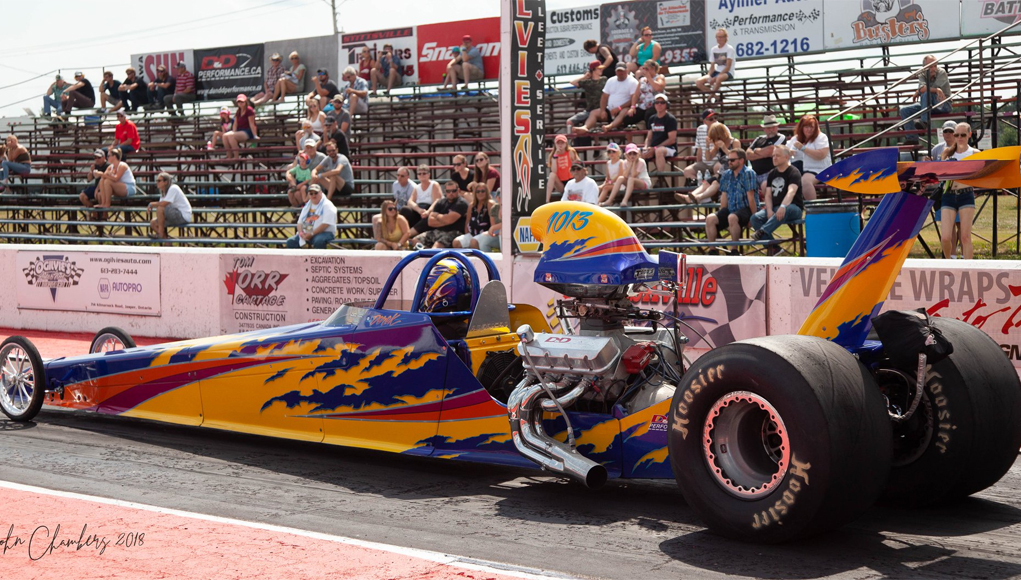 The most prestigious race of the season was held last weekend at Luskville Dragway near Ottawa. The 38th edition of Bracket Bonanza was presented in conjunction with the 5th and 6th round of the Bracket Super Tour Championship.

Activities began Friday with the famous Big Dog Shootout. A $ 200 entry fee, no buy-backs and a winner takes all format saw two former Super Tour champions faced each other in the final with Fred Angers from Laval getting the win over Kyle Jessup from Renfrew, Ontario.

$10,000 to the winner was in play in the Super Pro category Saturday. More than 75 entries were registered for this race. After 8 rounds of competition, the two last man standings were Derek Malcolm from Ottawa and Daniel Lanctôt from St-Eustache. Malcolm got by his opponent and won 38th edition Bracket Bonanza main event. 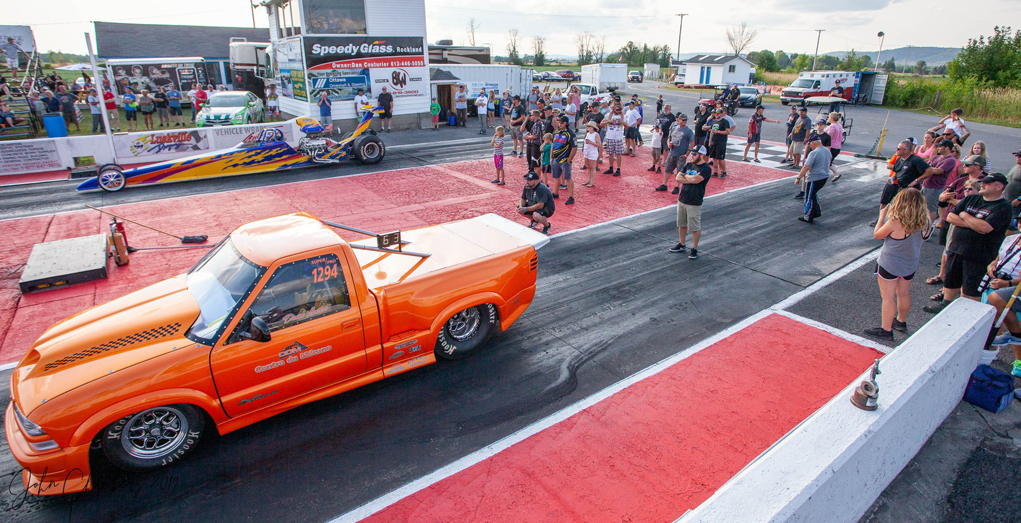 In the Pro category, Ottawa’s Mike Reynolds won the $ 2,000 race over Glen Tendy from the Toronto area. Reynolds is a young pilot who keeps on impressing.

In the Juniors, the victory went to Felix Ballabey from St-Michel in front of Naomie Laflamme from Terrebonne. Ballabey is in his last junior season and will make the transition to the Pro class next year.

The race weekend ended Sunday with $ 5,000 to the winner for Super Pros and $ 2,000 for Pros. In Super Pro, Derek Malcolm is the third driver in the history of Bracket Bonanza to double-up at this event. He joins Jamie Tupper (2010) and Frank Mark (2007) by winning both Saturday and Sunday races. He faced Gary Smith of Danville in the final round, a racer back in competition this season after a 15 years break!

In the Pro category, Noémie Ballabey joined her brother Felix in the Winner Circle with a win over Wes Clarmo of Ottawa. A second win on the Super Tour circuit for the young St-Michel driver who won Saturday’s Gambler’s race in Napierville last year.

In the junior category, rookie Shelbie Seguin won her first ever win against Naomie Laflamme, who was in a second final in as many days.

The Best Appearing Car Award from the 38th Bracket Bonanza voted by the Luskville Dragway staff was awarded to Jean Harvey and his magnificent 2019 Miller Dragster.

With two wins this weekend, Derek Malcolm takes the lead in the Super Pro Points standing. The previous leader, Ottawa’s Russ Adams, who lost in the semi-final of Saturday’s main event, is now in second place with just 200 points away from the leader. Darren Frasso from Belleville, Ontario is doing well in 3rd position while Dave Rennie and the team of Richard Arnold and Jean Harvey complete the Top 5. 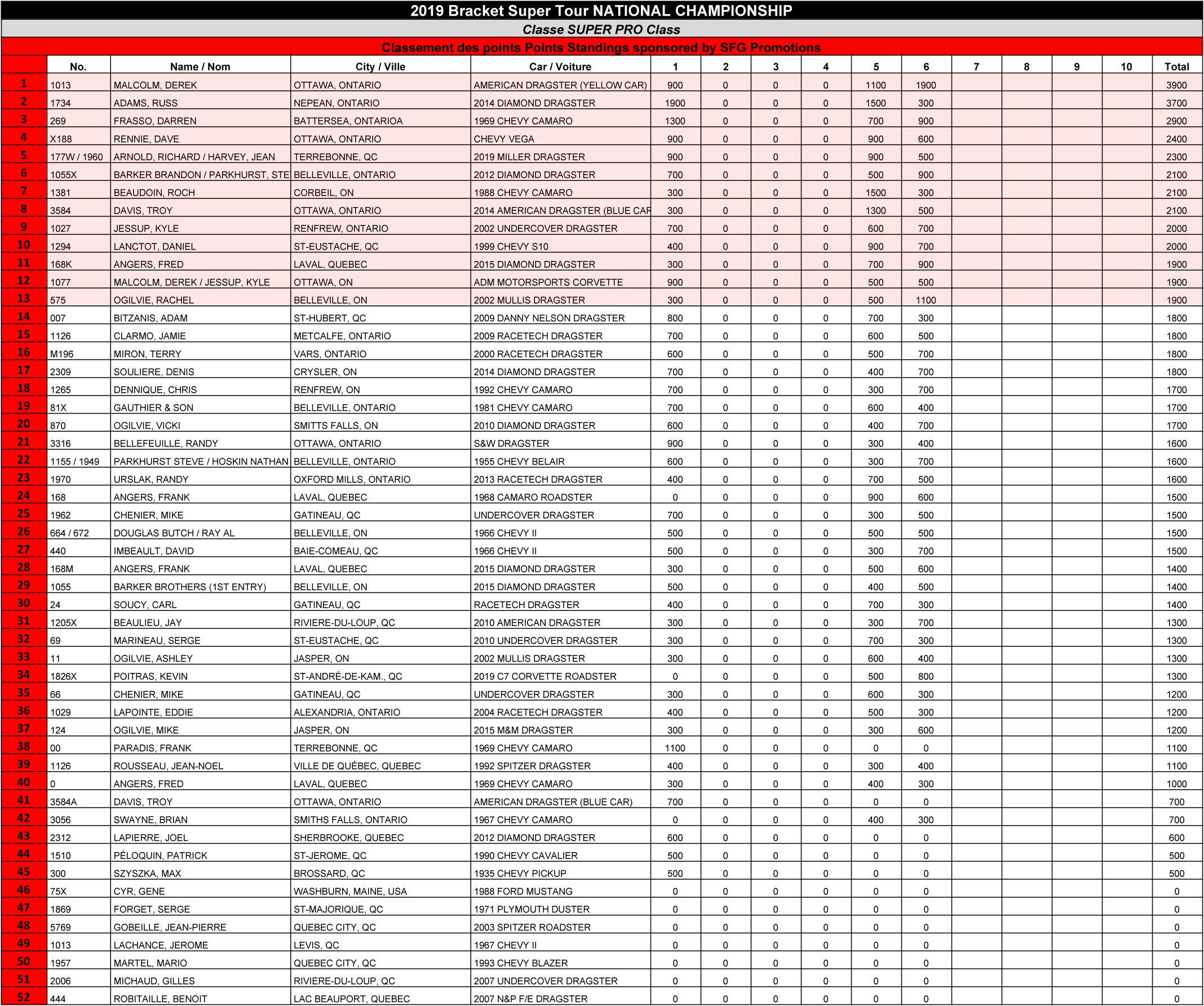 In the Pro category, Jonathan Roy from Val d’Or is the current leader. He outclasses Tim Fearry from Luskville, Mark Thompson from Ottawa, Stephan Ballantyne from Luskville and Russ Fraser from Elisabethown. 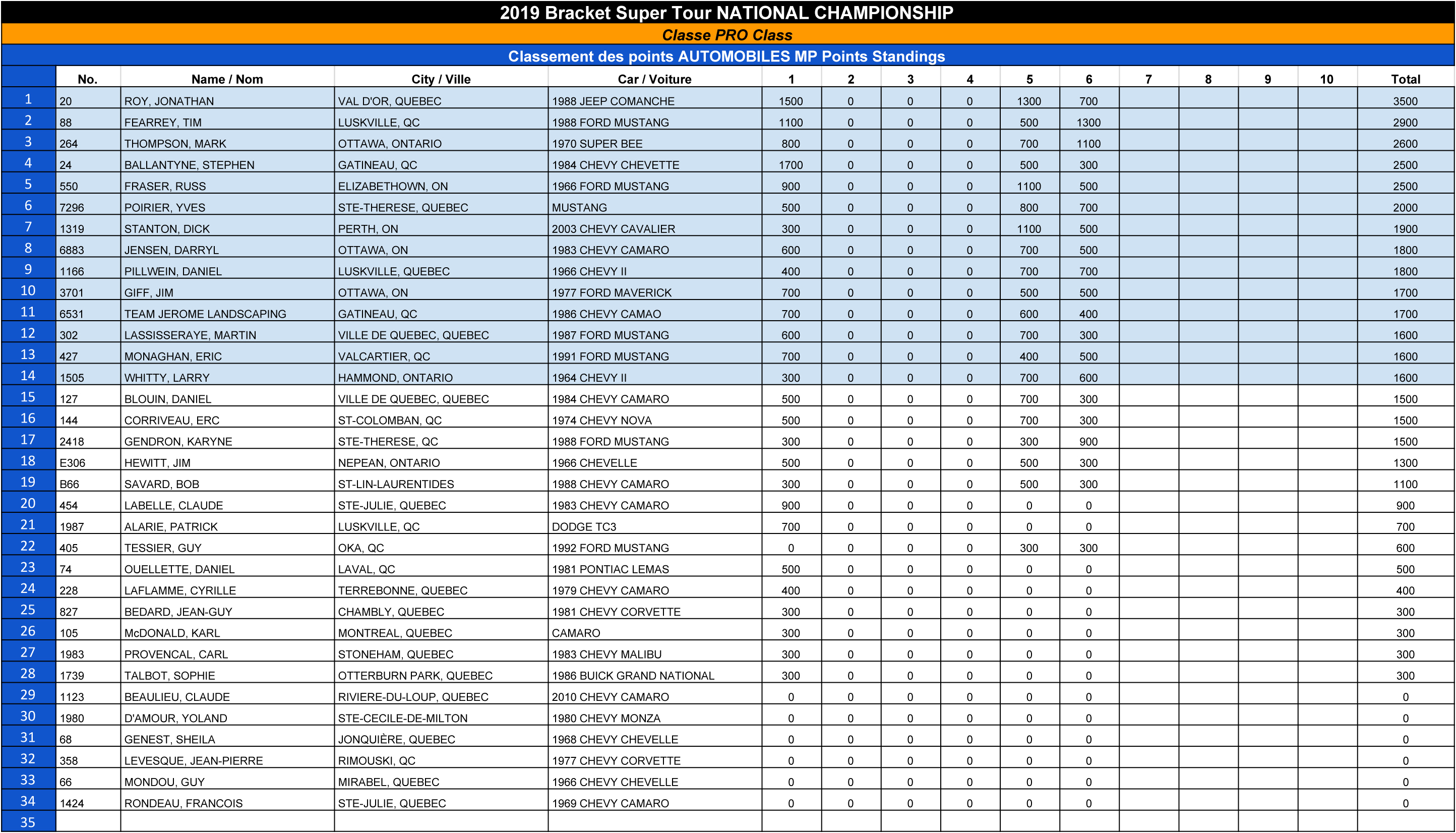 The Bracket Super Tour racers will be back for the 7th and 8th rounds of the 10-race Championship in Luskville Dragway on Labor Day weekend from August 30 to September 1, 2019 and will finish the season in Mirabel from on September 27th and 28th at the Canadian Bracket Finals. 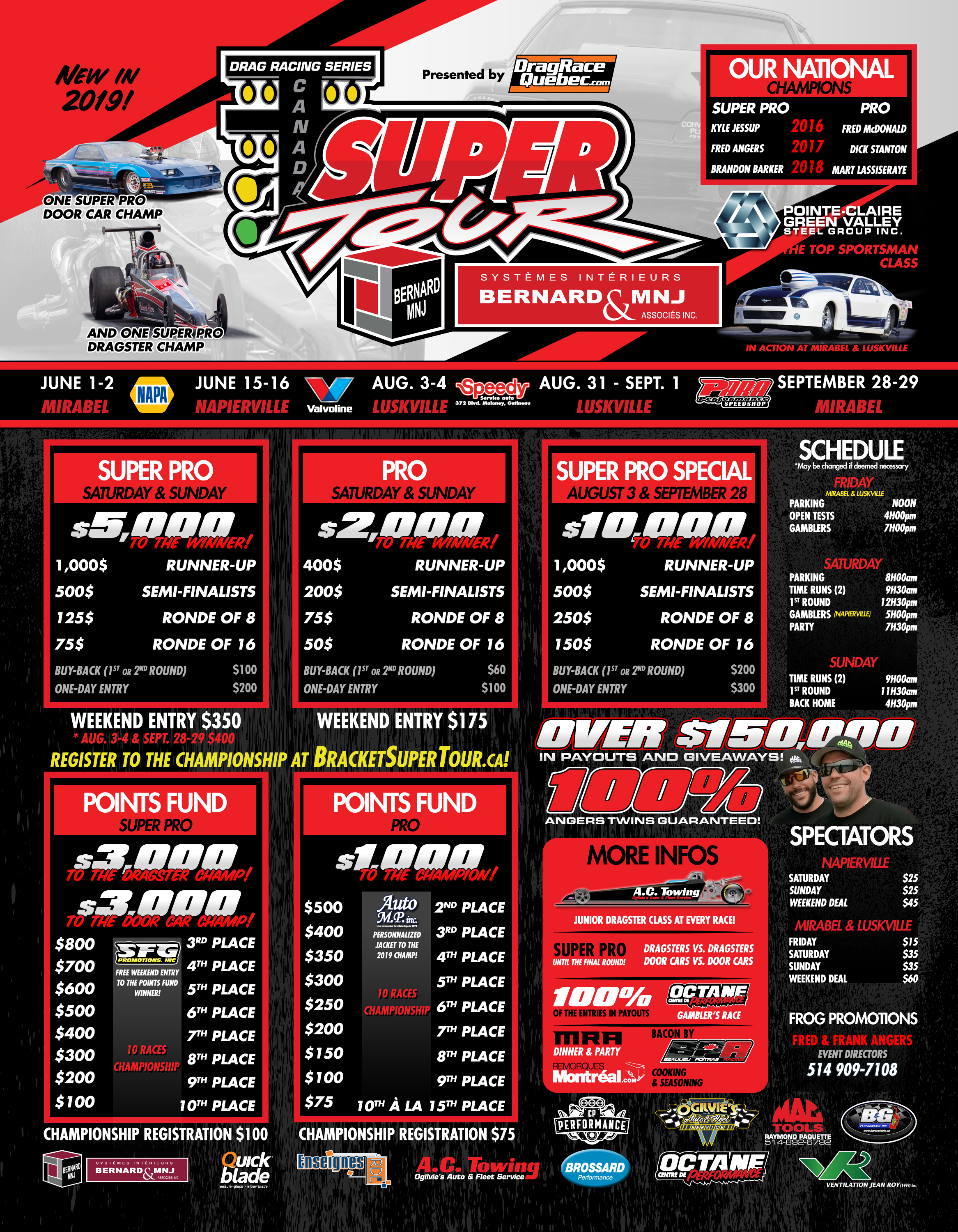