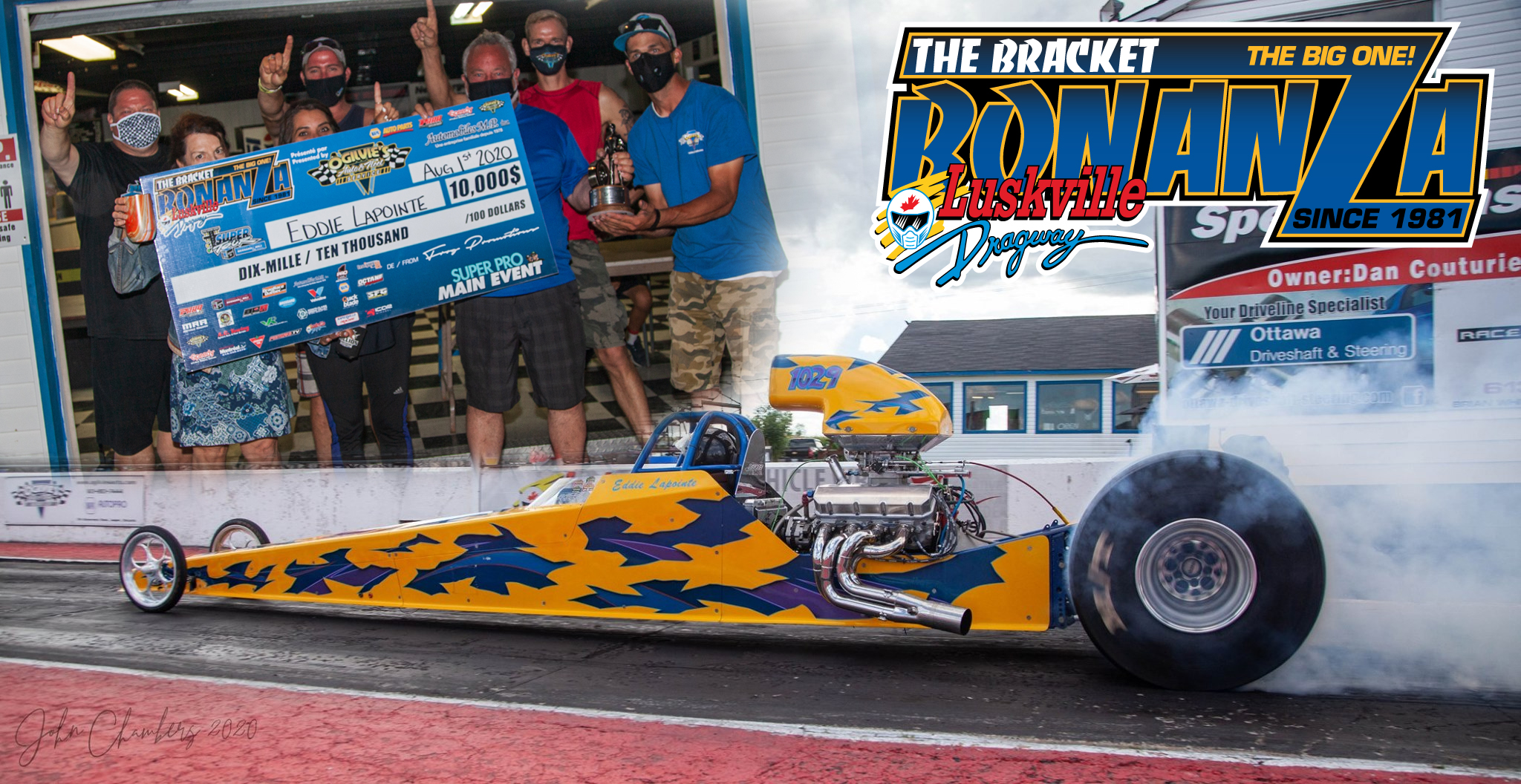 The 39th annual of the most prestigious bracket race in Canada was presented last weekend. The Super Tour Bracket Bonanza sponsored by Ogilvie Auto & Fleet Service was happening at Luskville Dragway. More than 180 racers showed up to compete at the track located in the suburbs of Gatineau, Quebec.

The activities started Friday night with the traditional Big Dog Shootout. Defending Super Pro National Champ Derek Malcolm from Ottawa parked his new to him S10 pick up for the first time in the winner circle with a win over his good friend Russ Adams. Malcolm took out Michel Bastien as Adams defeated Terry Miron in the semi-finals.

In the Pro class, Stephan Ballantyne from Gatineau won against Patrick Alarie from Luskville.

Event promoters announced Thursday that all races scheduled over the weekend would be held on Saturday only because of Bad weather announced for Sunday.

Perhaps the biggest race of the weekend was the one scheduled for Saturday as the Super Pro winner was to take home a cool $ 10,000. It was finally Eddie Lapointe from Alexandria, Ontario who had the advantage in the final over young Alex Lanctôt from St-Eustache. Lapointe took out the Most Improved Racer in 2019, Ashley Ogilvie in the semifinals while Lanctôt had the bye-run. A first win for Eddie Lapointe on the Super Tour circuit.

In the Pro category, the winner of Friday’s Gamblers Race Stephen Ballantyne signed a second consecutive win beating Wes Clarmo this time around. The winner had the better of Gord Blackwell while Clarmo eliminated Noémie Ballabey.

The activities continued in the evening with the fourth round of the National Championship. In the Super Pro class, 2016 National Champion Kyle Jessup, posted a fourth win on the Super Tour circuit over Red-Hot Brian Acker. Acker was in his third final in 4 races after winning both finals at ICAR last month. Jessup had the better of Fred Angers in the semis.

The Pro class saw young Dan Pillwein signed a third win on the circuit against Patrick Alarie who was in a second final this weekend. Mark Thompson was the victim of Alarie in the semis as Pillwein had the bye to the finals.

In the Junior category, Trevor-James Monaghan from Valcartier signed a second victory this season against Parker Seguin in the first race and participated in a fourth final round in as many races suffering the loss to Cole Malcolm Krottner later in the evening.

Bitzanis still in the lead

Despite a fierce attack from Brian Acker, Adam Bitzanis still holds pole position in the championship with just one point ahead of his rival. A presence in the semifinals during the fourth round allows Fred Angers to climb to third position. Alex Lanctôt propels the Lanctôt & Son Team to fourth position with a Runner-up finish on Saturday and the winner of the Big Race, Eddie Lapointe completes the top 5 for the Super Pros. 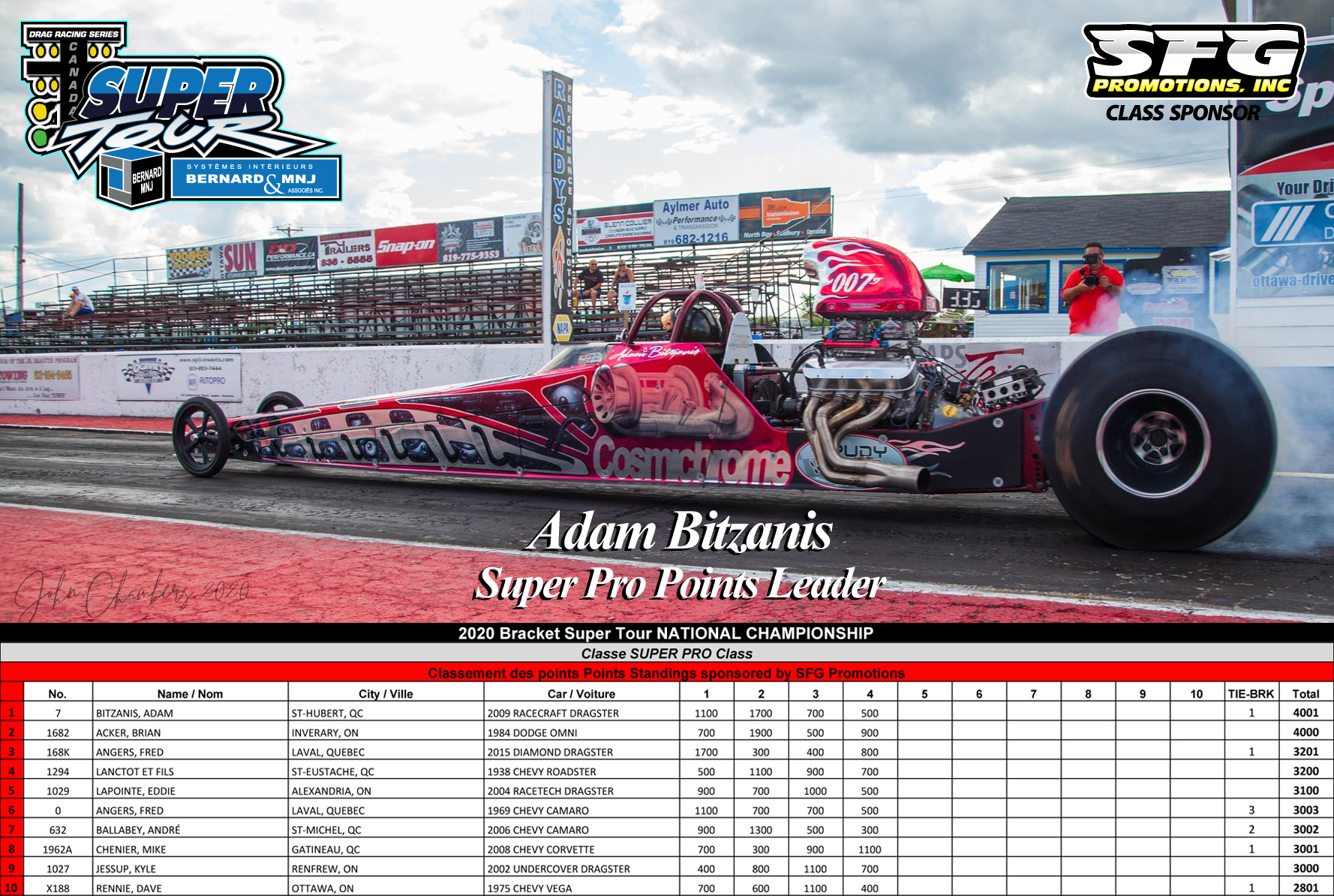 Thanks to his presence in the final on Sunday, Patrick Alarie is taking the lead of the championship in the Pro category ahead of ex-leader Eric Corriveau. A win on Sunday allows Dan Pillwein to take third place. Mike Reynolds and Daniel Ouellette round out the top 5. 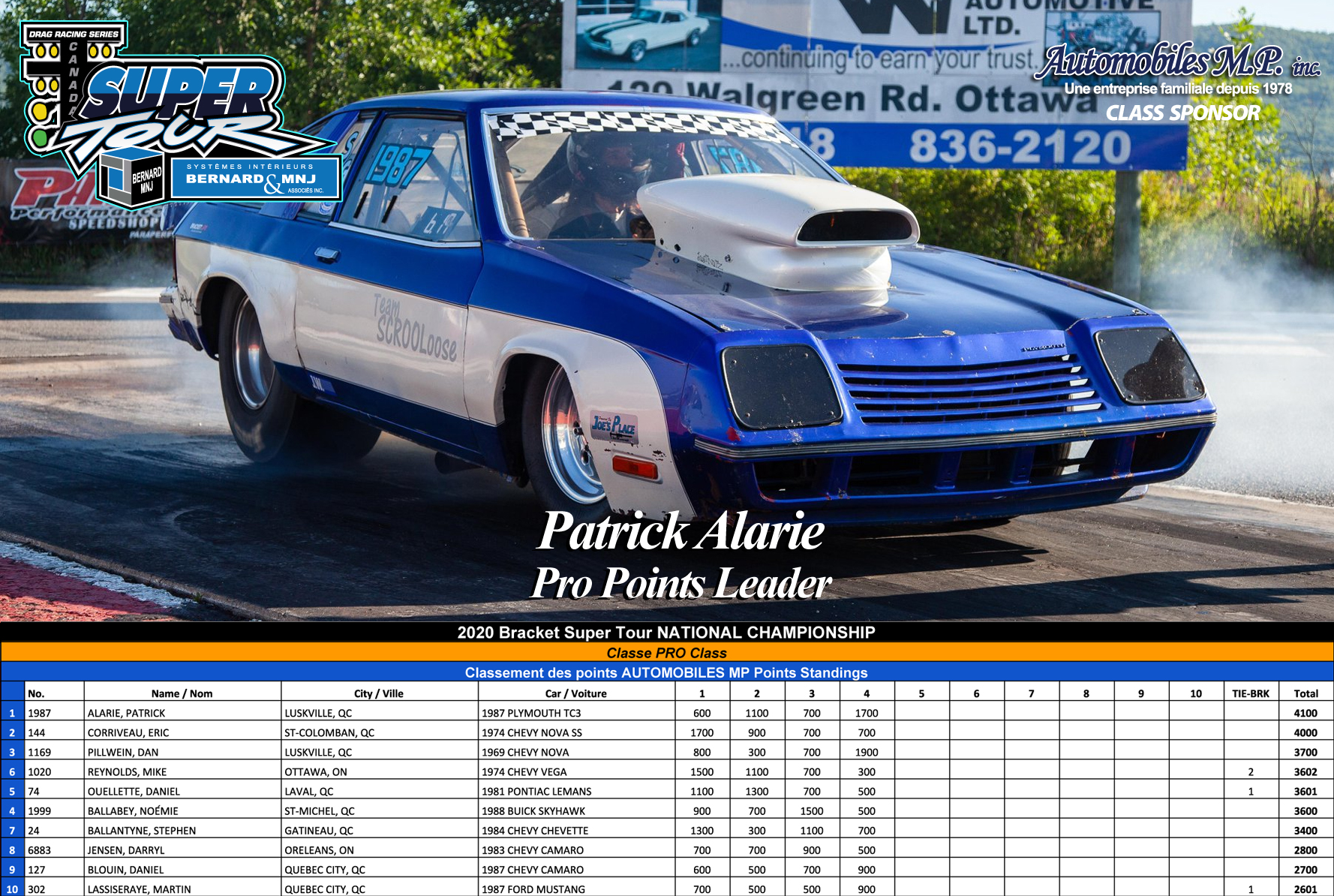 As always at Super Tour events, members are eligible for several giveaways distributed throughout the season. Here are the winners from last weekend in Luskville.

Next race in 3 weeks

The next race will take place in a few weeks at the ICAR Mirabel. The fifth and sixth rounds of the National Championship Chase will be presented by NAPA Auto Parts on August 22-23. For more information, follow the Bracket Super Tour on Facebook or visit www.BracketSuperTour.ca 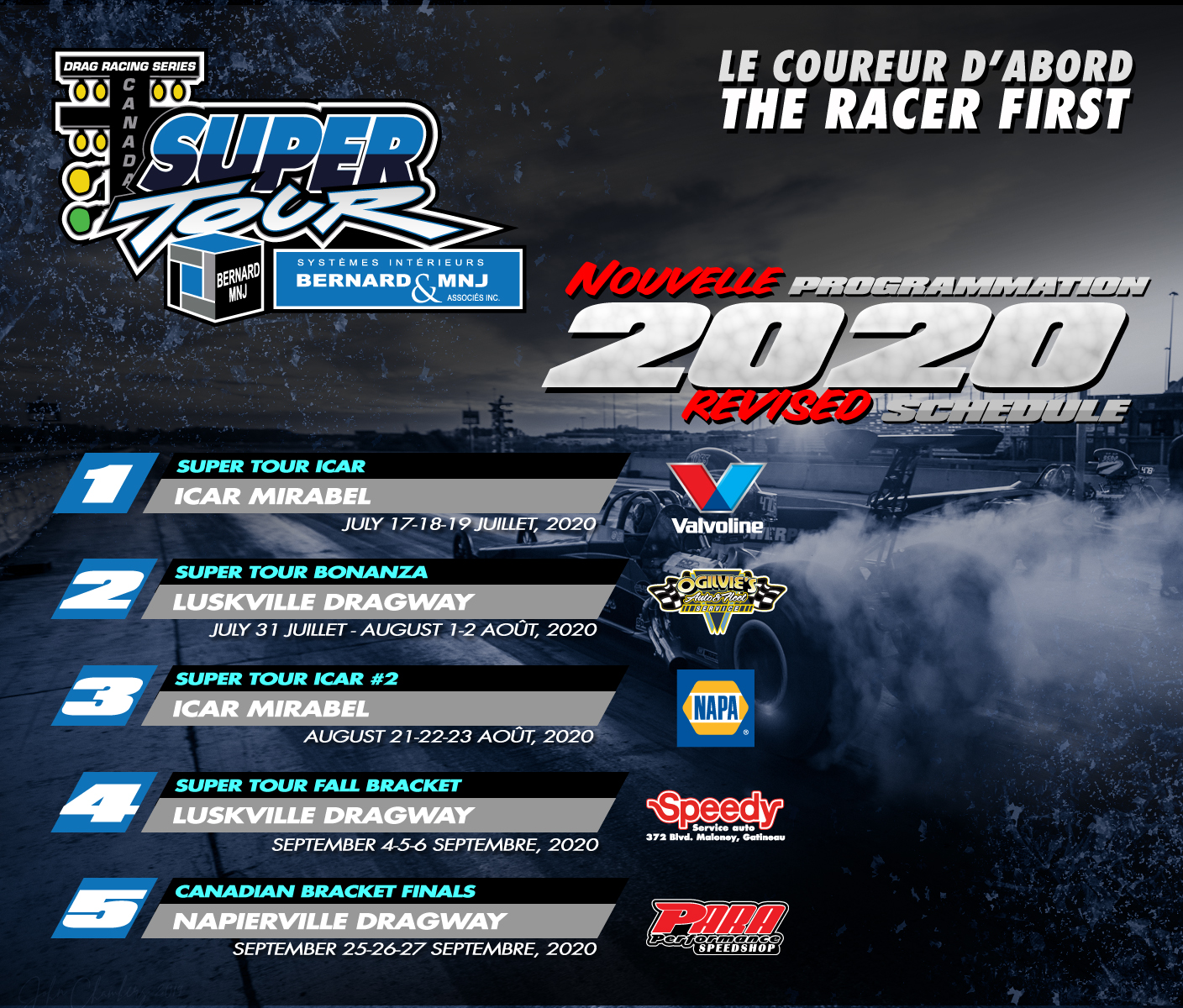