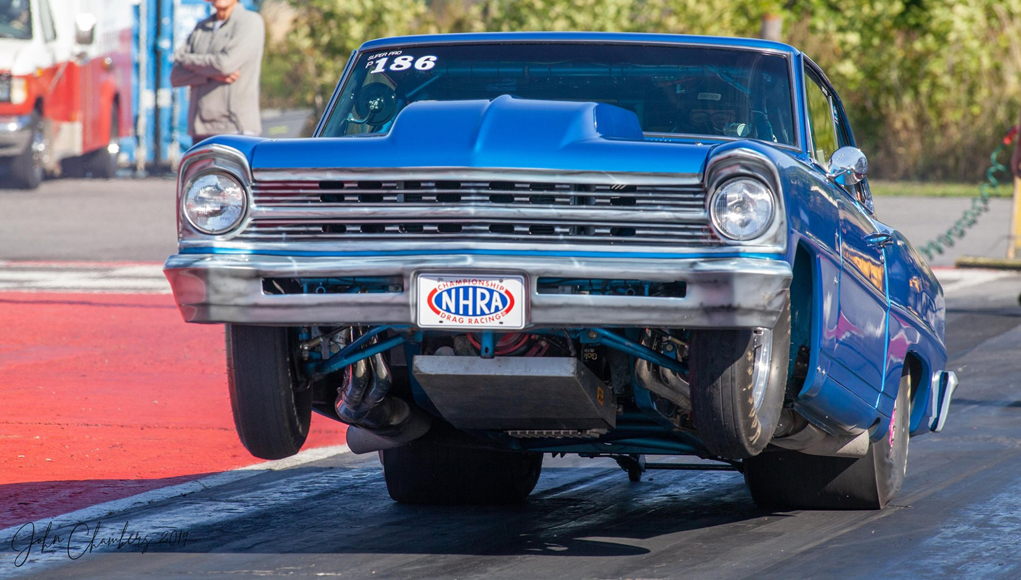 The 7th and 8th rounds of this season’s Bracket Super Tour were held last weekend at Luskville Dragway. Nearly 100 racers gathered for the last races before the Canadian Bracket Finals who will be presented at ICAR Mirabel at the end of the month where the national champions in the Pro and Super Pro categories will be determined.

Weekend activities in Luskville were presented by Speedy Auto Service and began with the Octane Performance Gambler’s Race on Friday night where Terry Miron from Vars, Ontario took the win over the man of the hour, Frank Angers, who was in his fourth straight final in 4 races.

The Angers Racing Team was back in full force on Saturday as Fred Angers took top honors in the Super Pro category. He met the reigning Super Pro champion Brandon Barker who was .009 red in the final giving the victory to Angers at the hit.

In the Pro category, second generation local driver Dan Pillwein was the best in his class with his Nova SS as he met Mike Reynolds at the wheel of his Chevy Vega in Saturday’s final.

Two gambler’s races were also featured on Saturday night as Brandon Barker from Belleville was back in another final and got the win this time over Joel Lapierre from Magog in the Super Pro side and Dan Blouin from Quebec won the Pro race against Ontario’s Steven Clarmo.

On Sunday, Super Pro saw Butch Douglas from Belleville, Ontario drove his magnificent Chevy Twice to the winner circle getting past 2016 National Champ Kyle Jessup. Douglas got the vote for the Best Appearing Car of the 2019 Super Tour Luskville.

On the Pro side, veteran driver Mike Belanger from North Bay, Ontario won the final against Montreal’s Karyne Gendron. A second win for Belanger on the Super Tour circuit.

In the Junior category, Saturday’s win went to Lea Marie Monaghan against Shelbie Seguin and Sunday we saw Julien Laporte beating Lea Marie who found herself in a second final in as many days!

The 2019 Bracket Super Tour season will end on September 27th to the 29th as part of the Canadian Bracket Finals at ICAR Mirabel. The Saturday and Sunday racers will determine the final drivers ranking for this season. The event presented by PARA Performance in collaboration with Atelier CP Performance and Raymond Paquette MAC Tools should attract the most racers in the history of the Super Tour with more than $ 40,000 in payouts and racer appreciation giveaways. 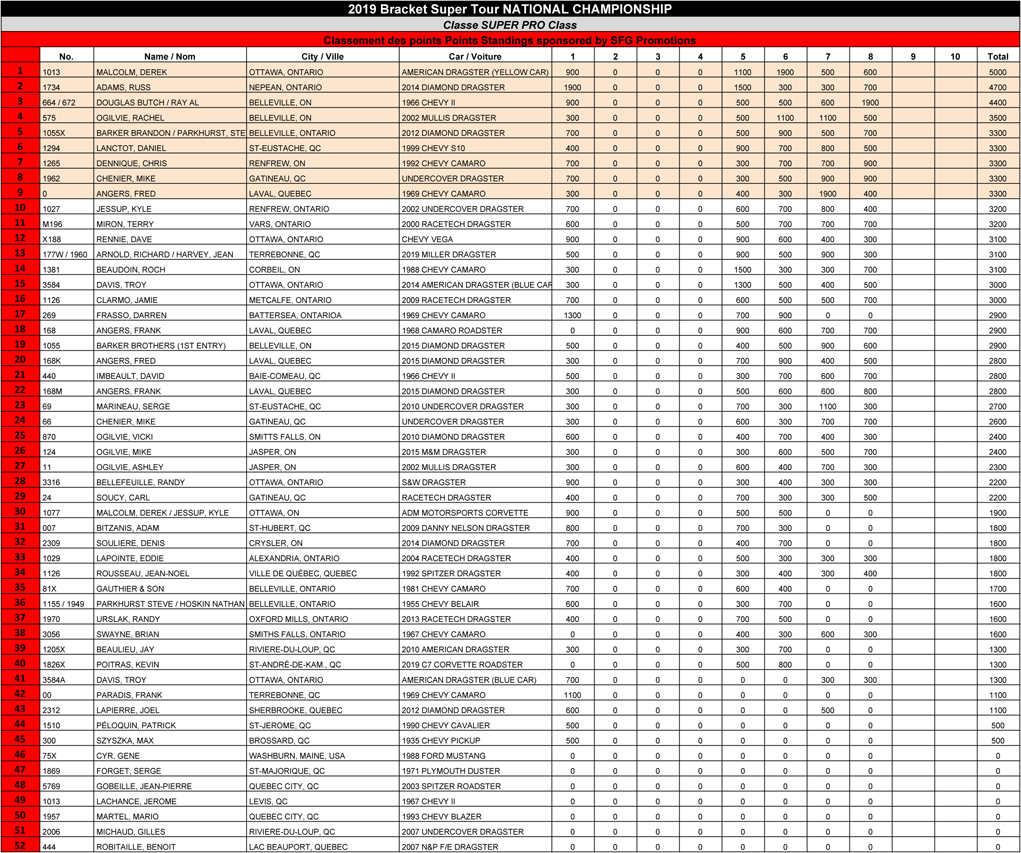 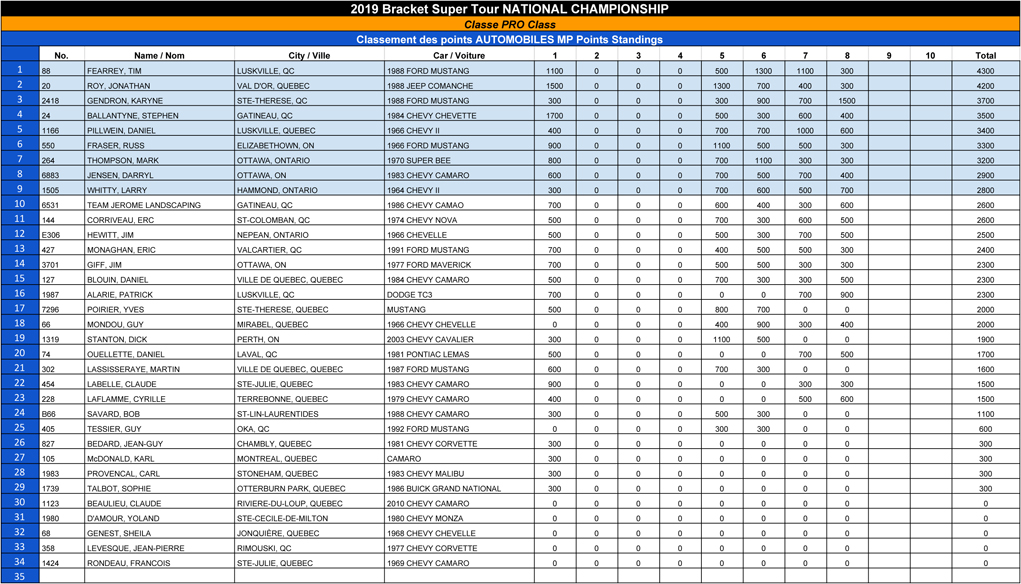