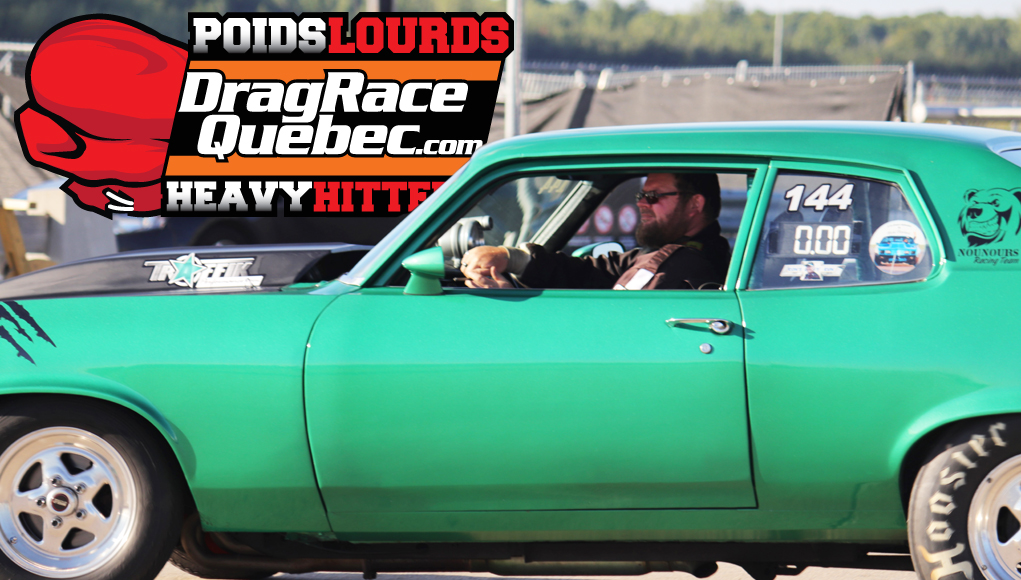 DragRaceQuebec.com presents the Heavy Hitters of the Bracket Super Tour. After five seasons of hard racing, here are the drivers who performed with the most consistency.

Fred Angers leads the way in Super Pro!
In the Super Pro category, 2017 National Champion, Fred Angers from Laval is the driver who cumulates the most points since the creation of the Super Tour. He is followed by 2019 Champion Derek Malcolm from Ottawa short of only one winning round. Dale Gauthier from Belleville is third and Frank Angers fourth. Despite no championship title, these last two have been very consistent with their results. 2016 Champion Kyle Jessup completes the top 5 best racers in the history of the class. Note that only 6 round wins separate the leader from the fifth place! 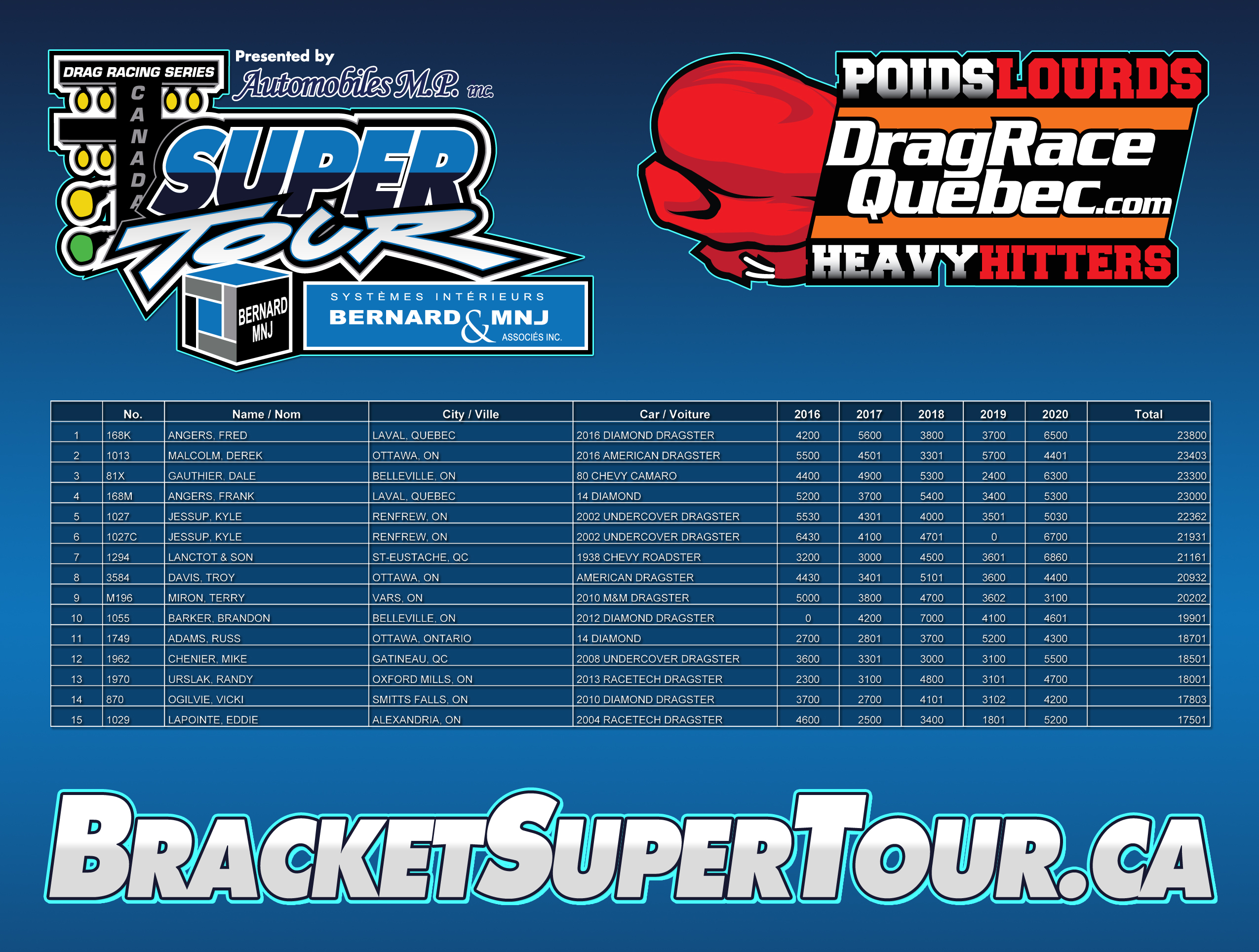 Eric Corriveau is crushing the competition!
In the Pro category, Eric Corriveau from St-Colomban is the driver who has cumulated the most points since the creation of the Super Tour. Corriveau literally dominates the class standings with over 20 rounds ahead of his closest rival! He is followed by Patrick Alarie from Luskville. 2018 National Champ Martin Lassiseraye from Quebec is third, Daniel Blouin also from Quebec and Darryl Jensen d’Orleans, Ontario completes the top 5. 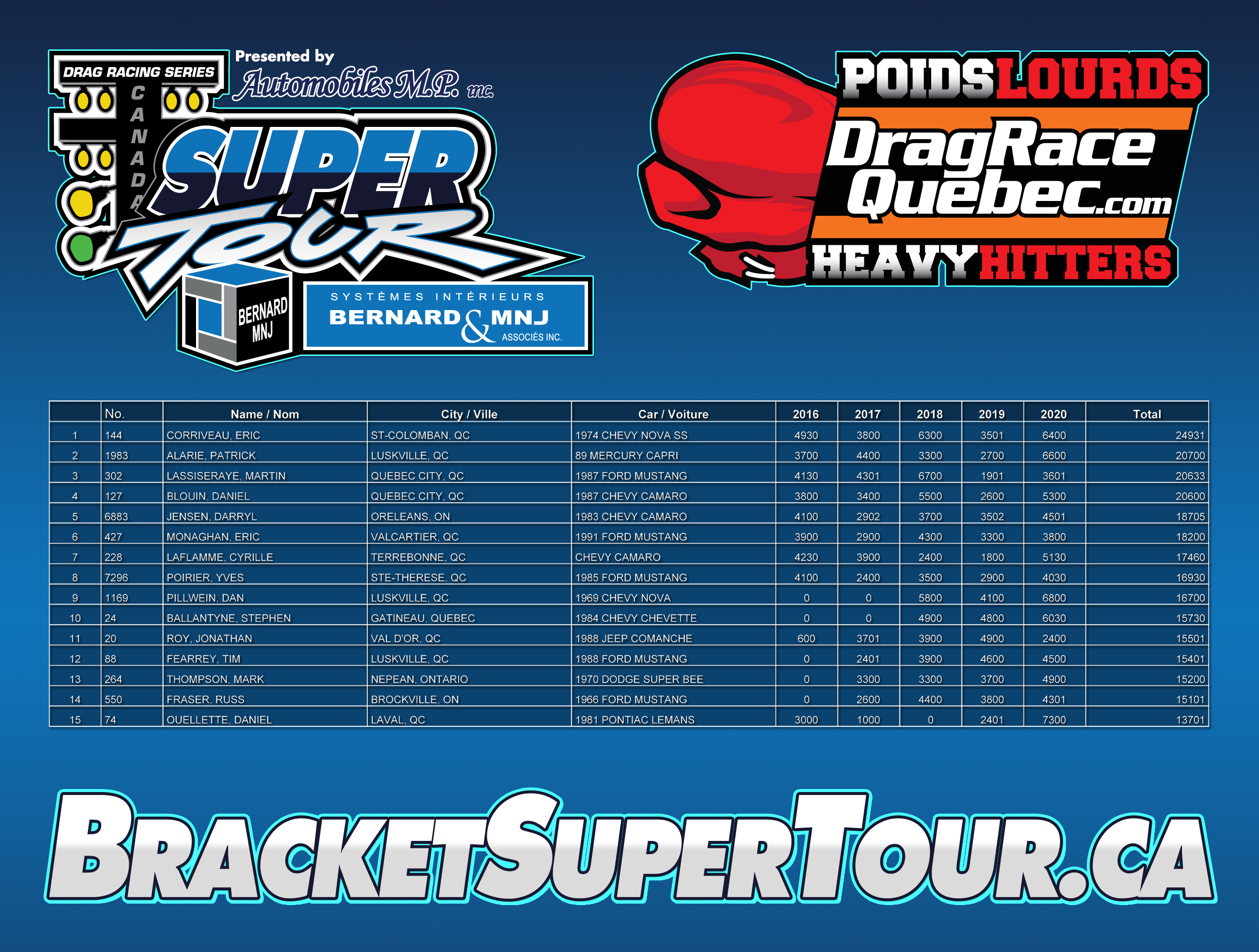 Brandon Barker is the winningest driver in Super Tour history
Since 2016, 45 different drivers have reached the winner circle on the Super Tour circuit. All categories combined, Brandon Barker is still in the lead,  with a total of 6. Kyle Jessup and Derek Malcolm in the Super Pros as well as Mike Reynolds in the Pros each cumulate 4. In the end, 17 racers have 2 wins or more, here they are: 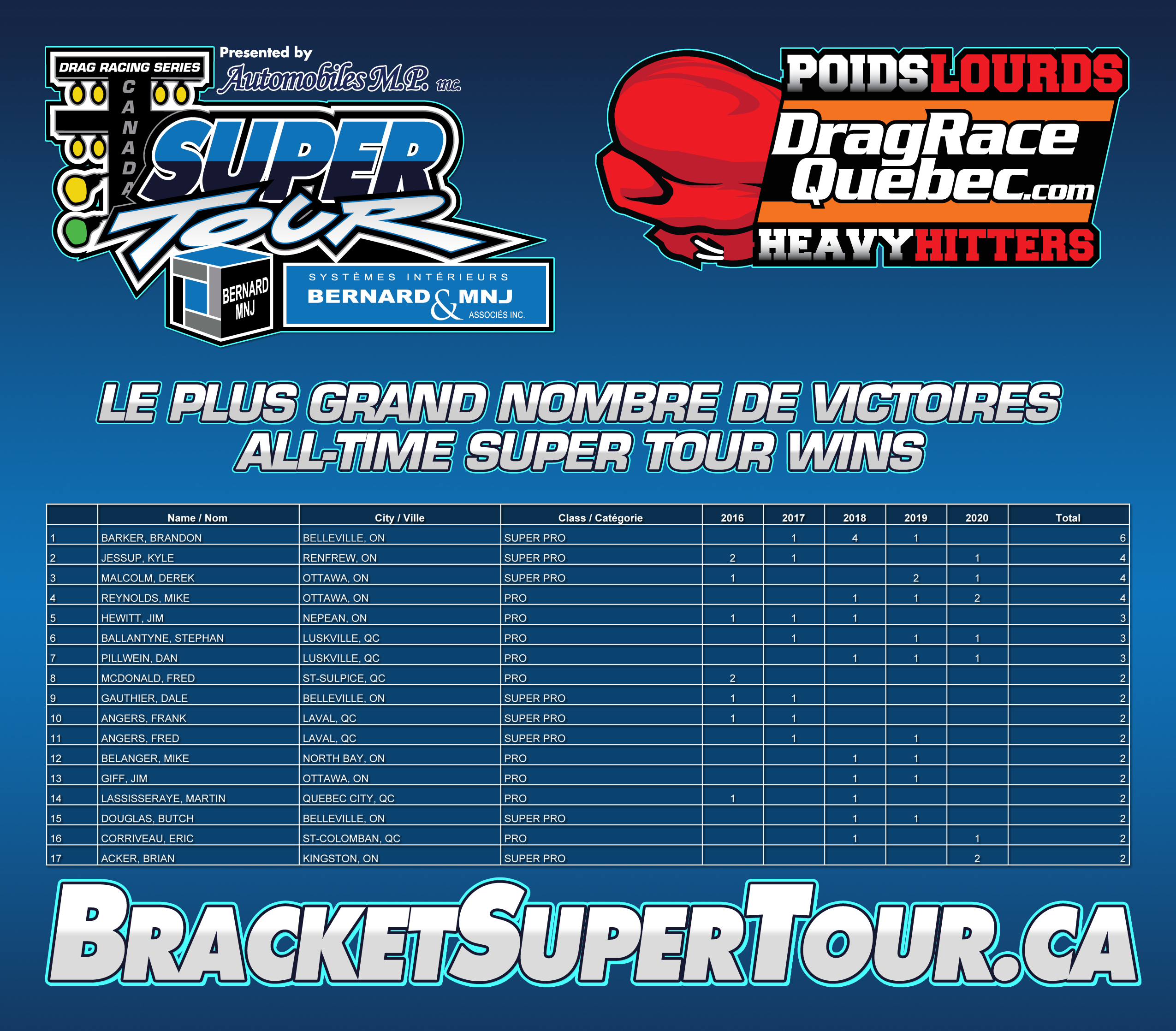