The last two races of the Canadian Bracket Super Tour will take place this weekend in Luskville Dragway. The three-day event presented by NAPA will start on Friday September 2nd.

After four races, Kyle Jessup from Renfrew Ontario is holding the top two positions of the Super Pro class with 600 points ahead of his nearest rival. Jessup is literally on fire, everywhere he goes, he just seems to win it all. He’s in a position to achieve the impossible and become champion and runner-up of the same series in the same class! 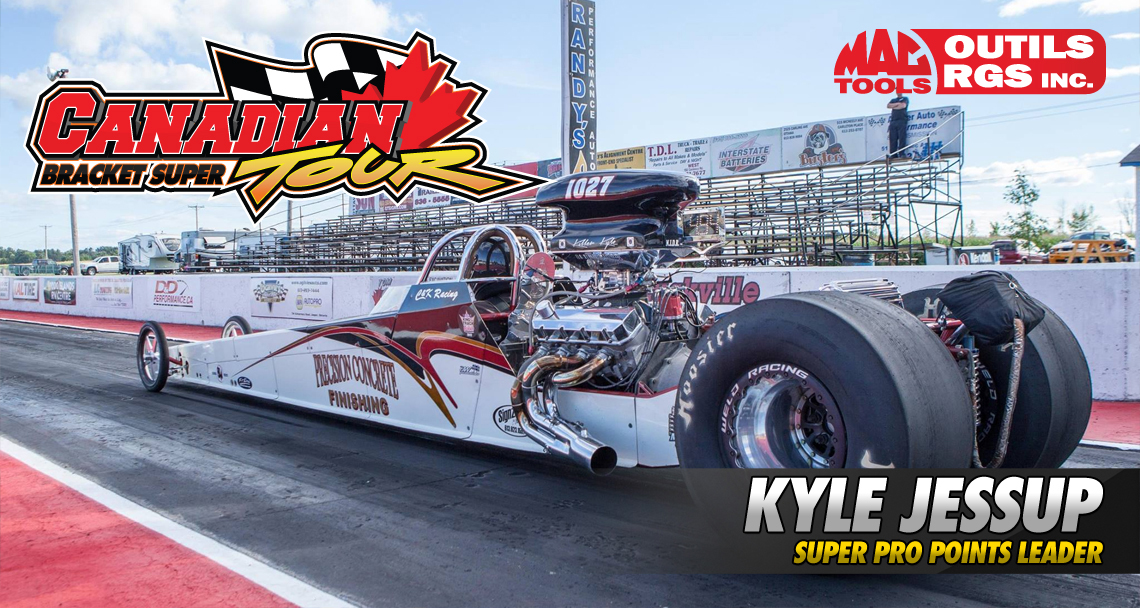 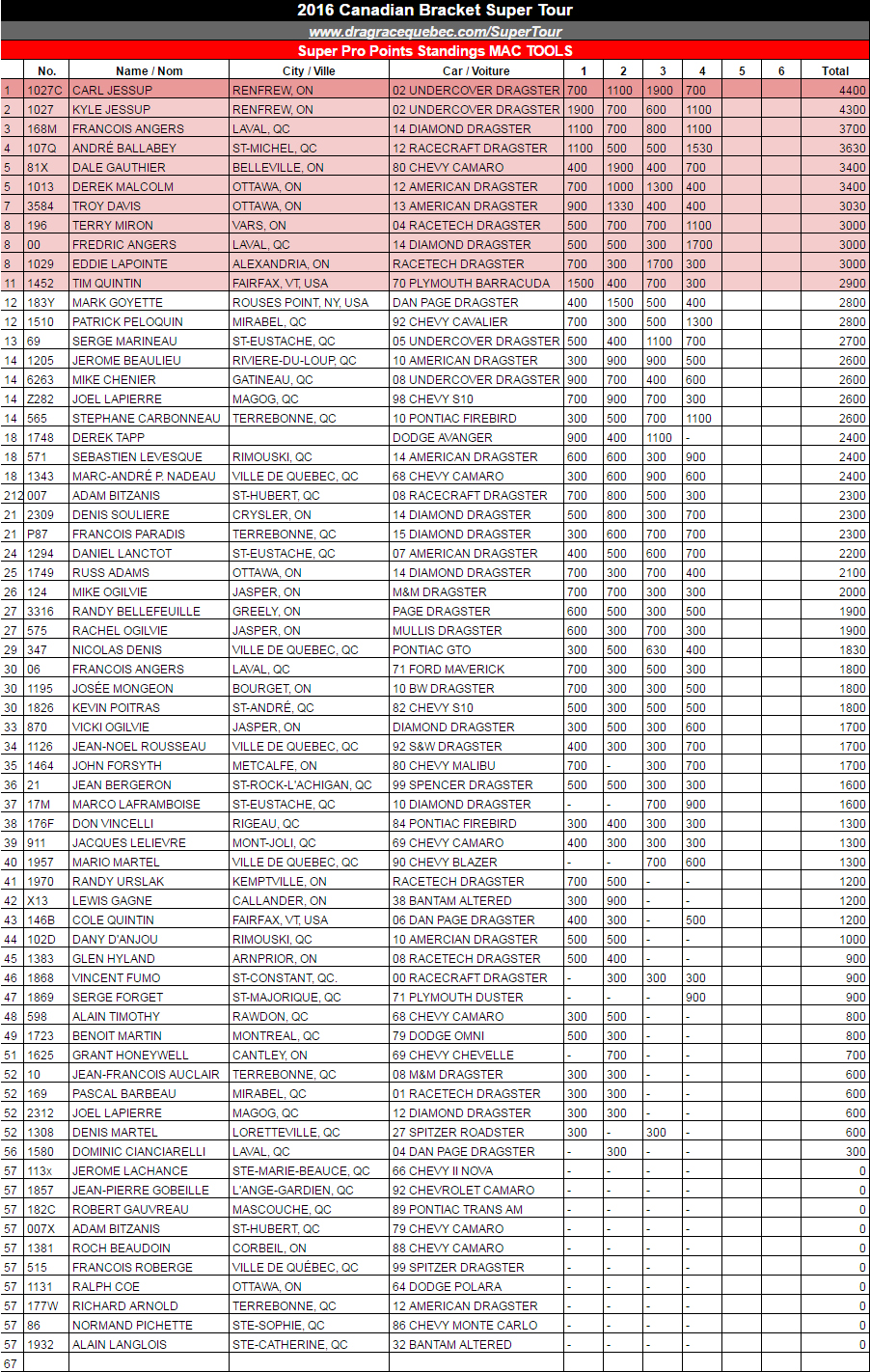 A total of seven Ontario racers are in the top 10 ranking in Super Pro and only 3 Quebecers!

The Sunoco Power Ranking is dominated by the Quebec contingent while only 2 Ontario drivers are into the top 10. 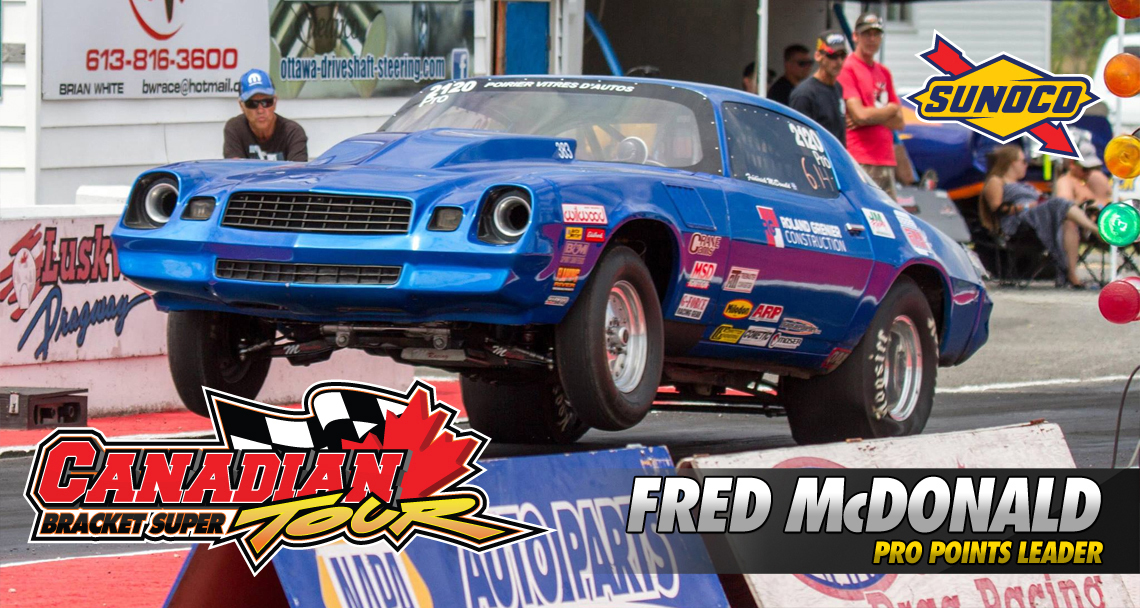 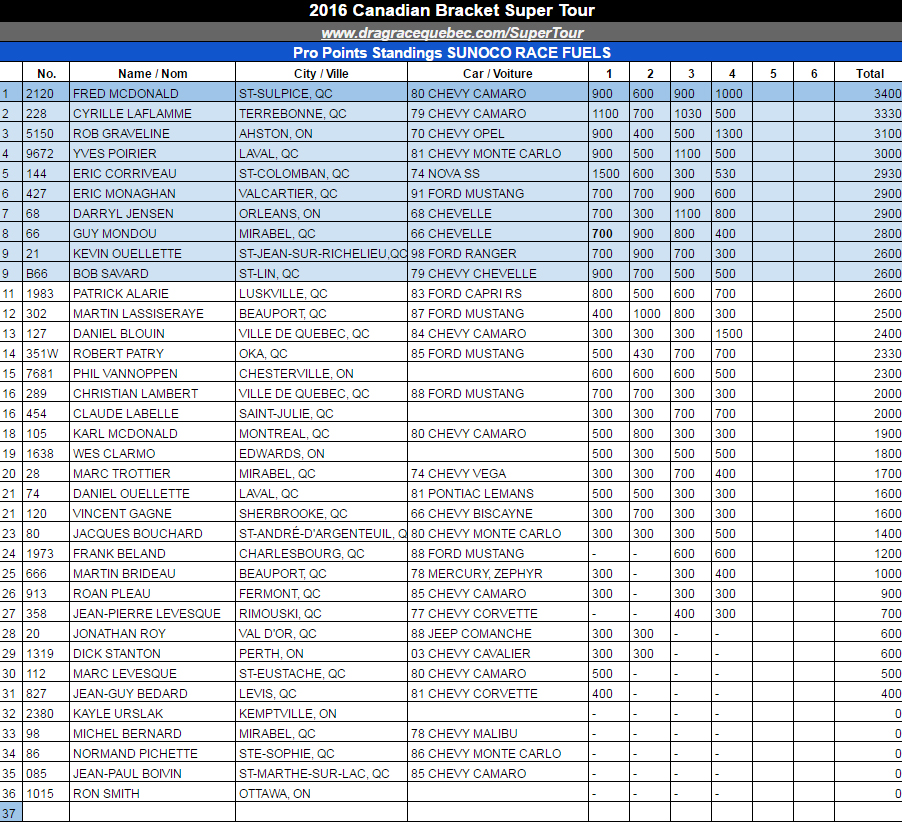 The Super Tour point distributions goes as follows. 300 points for registration, 200 points per round win without buy-back by 100 points per win round after taking a buy-back. 30 points are added for the bounty bonus.

The activities of this Super Tour weekend start Friday at 4:00pm with time trials for the Gambler’s Race followed by eliminations at 7:00pm

Saturday and Sunday tests start at 8:30am and eliminations are starting at noon.

The traditional Racers Party will be on Saturday at around 7:30pm 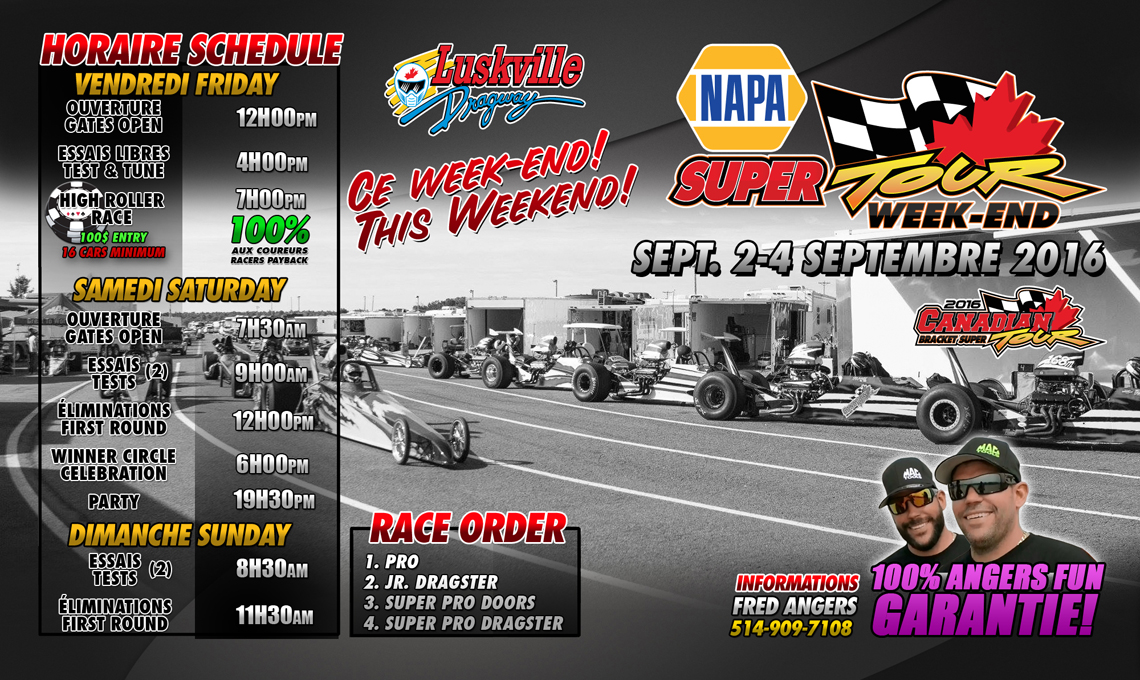 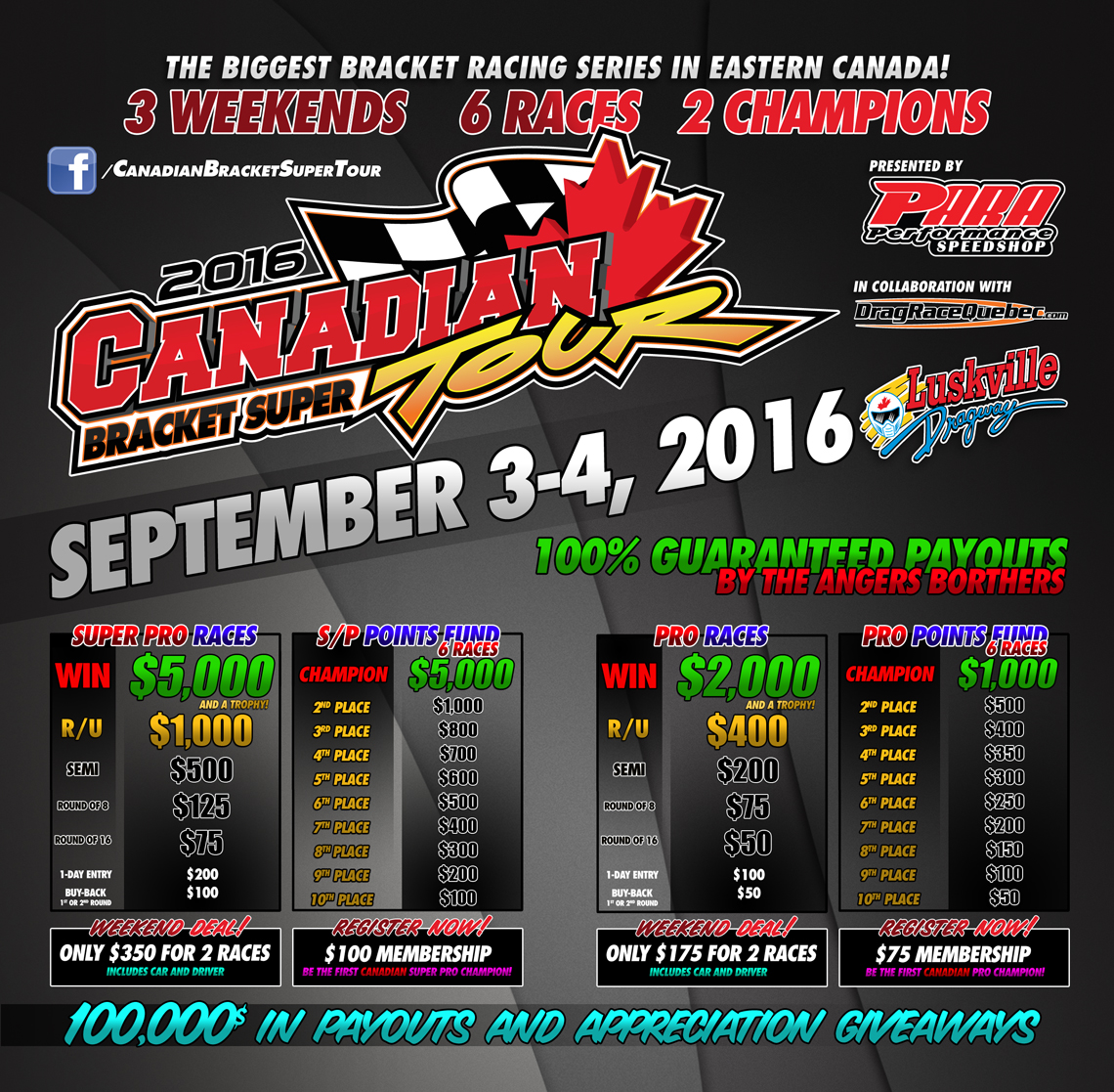 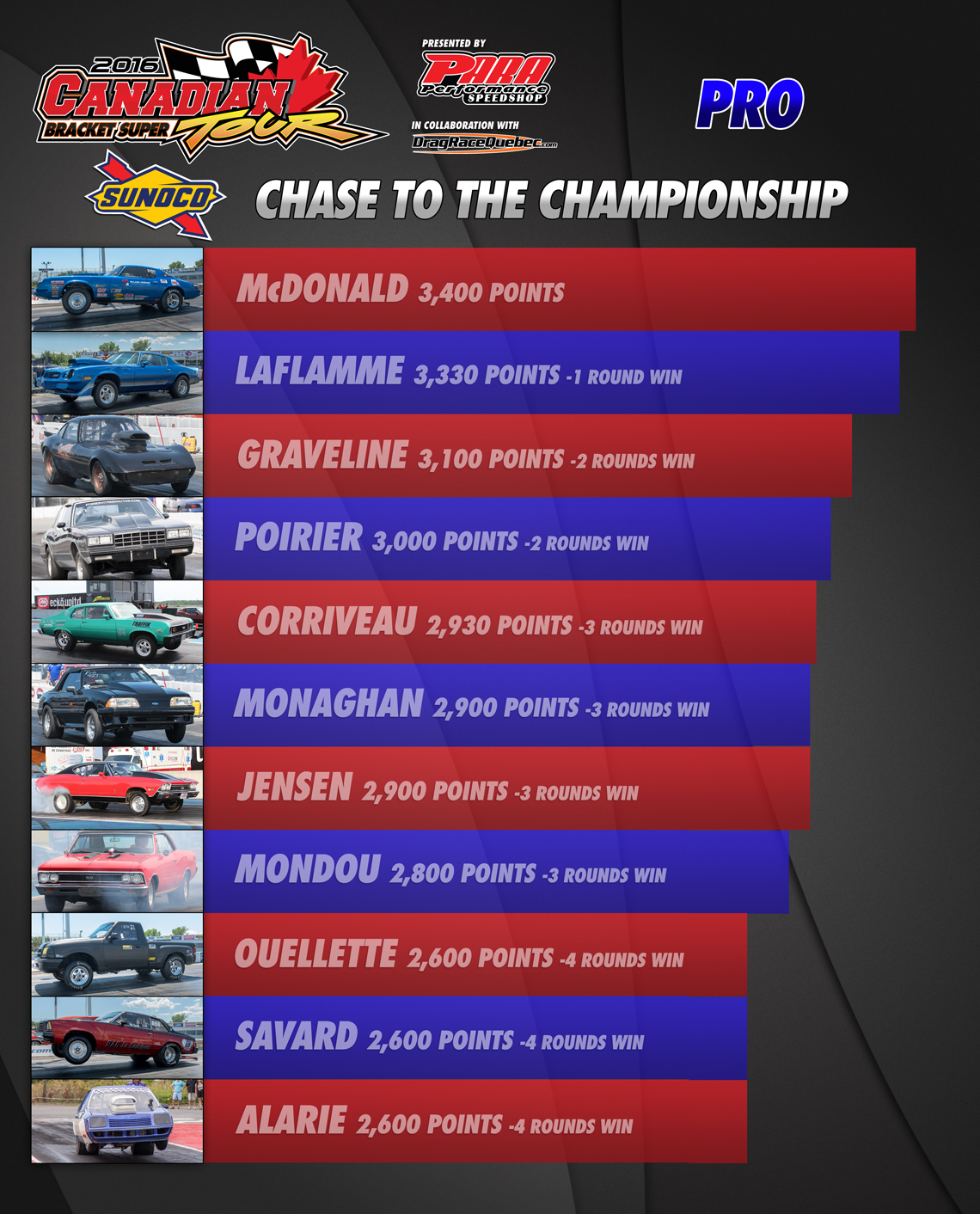 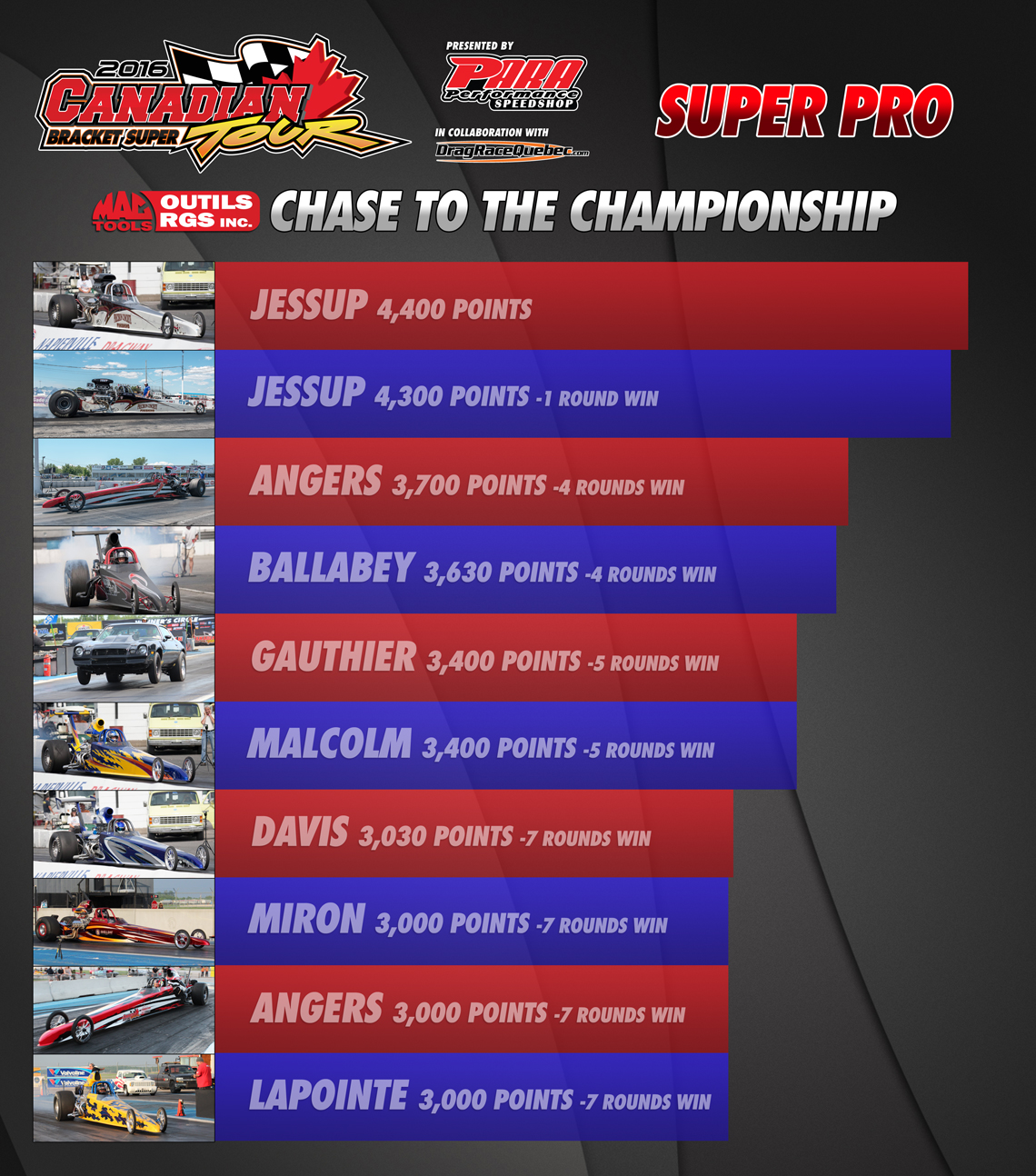