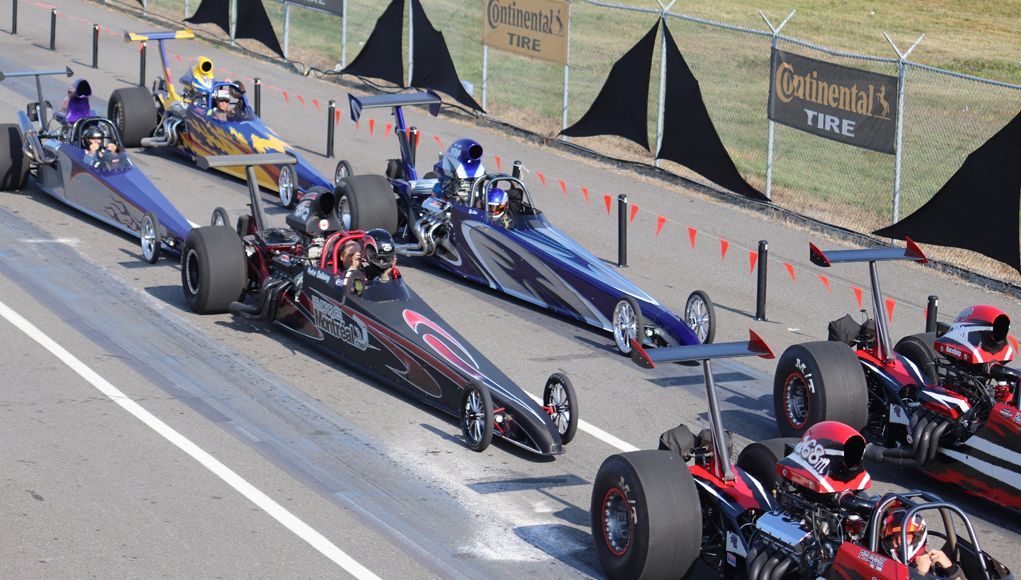 The 4th annual PARA Performance Canadian Bracket Finals will be held in less than 10 days at ICAR Mirabel. Each year, the Bernard MNJ Super Tour Event gets bigger and is now considered to be the biggest party of the season!

More than 150 entries are expected for this event which will take place from September 21st to 23rd in Mirabel, Quebec. The activities will be launched on Friday night with the D&D Performance Gambler’s Race and will continue throughout the weekend. In the EML Super Pro category the winner Payout for Saturday’s race will be $ 10,000 paying down 16 spots. On Sunday, racers will run for a $ 5,000 pay day. In the Quick Blade Wipers Pro category, competitors will compete for $ 2,000 to win per day. Over than $ 35,000 in payouts will be distributed during the weekend.

The national championship at stake

In the Super Pro category, Brandon Barker from Belleville, Ontario is literally on fire with 3 consecutive wins, allowing him to take the points lead, 2 winning rounds ahead of Butch Douglas who is also from Belleville. Barker, who has two championship entries, is in 3rd position with it, 3 rounds behind. Dale Gauthier also from Belleville is the best driver on the doorcars side with a score of 5,000 points, 4 rounds behind the leader. Roch Beaudoin from North Bay and Frank Angers from Laval close the leaders pack. 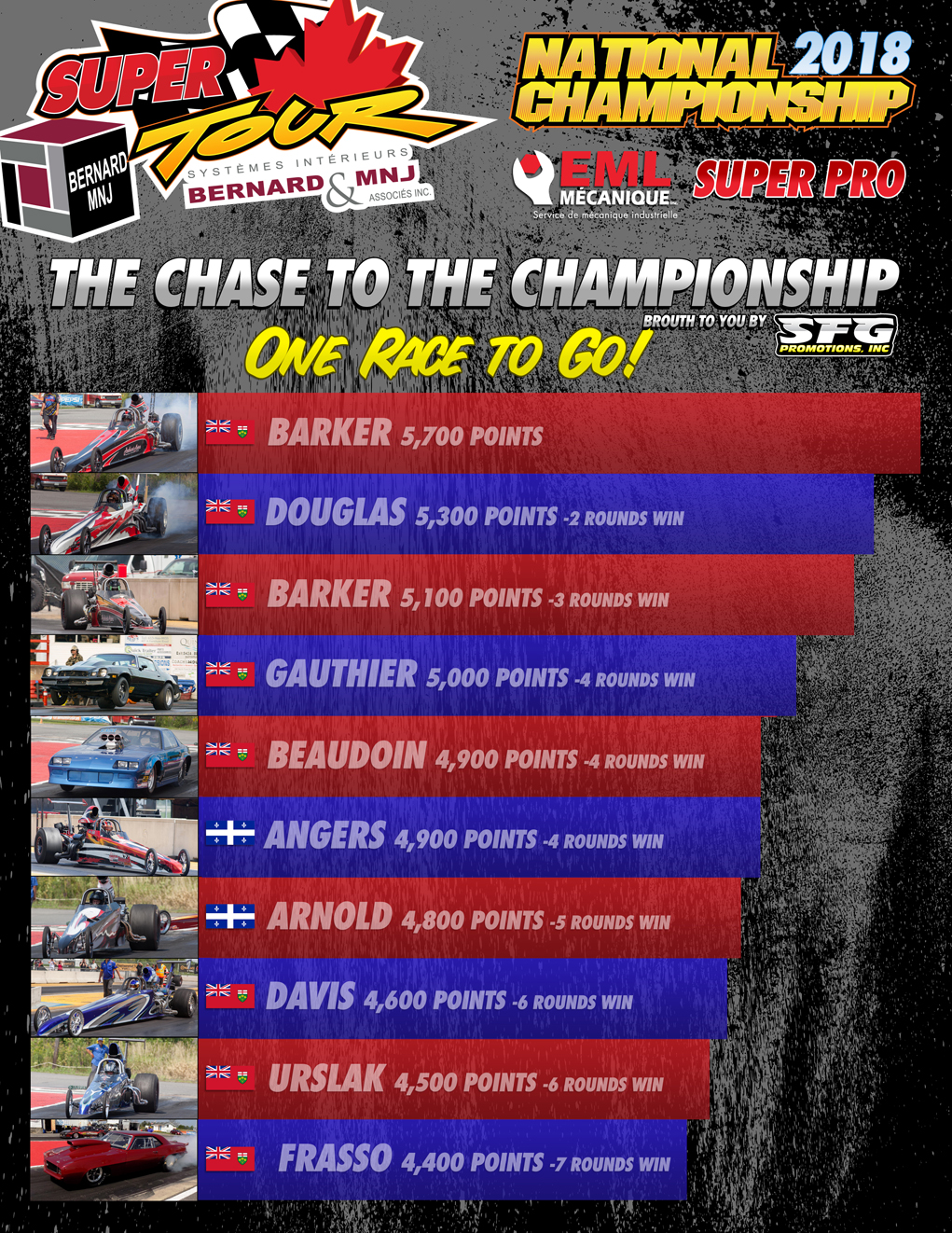 In the Pro category, a three-way fight will happen between Martin Lassiseraye from Quebec City, Eric Corriveau from St-Colomban and Dan Pillwein from Ottawa. The first two drivers are tied at the top while Pillwein is in 3rd position. 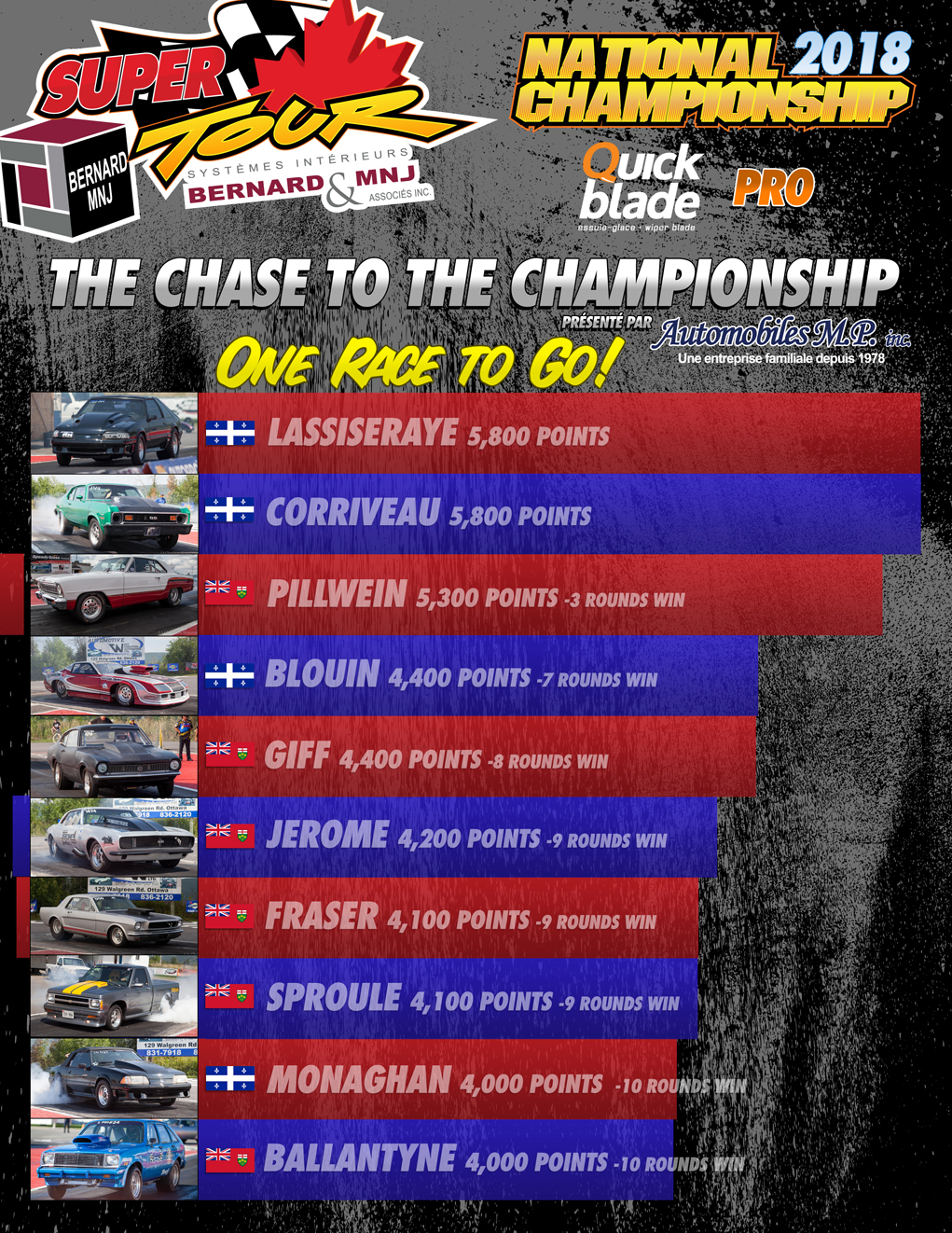 The national champions and top 10 will be crowned Saturday evening during the traditional party presented by Métaux Angers.

The spectacular NHRA Top Sportsman category will be competing at the Bracket Finals. Several fast cars are expected to participate for the first time in a Bracket Super Tour event. An attraction well appreciated by the spectators!

Friday time runs starts at 4:00pm and eliminations at 7:00pm. Saturday and Sunday eliminations will take place at 12:30 to end by dinner time. General admission for spectators is $35 per day or $ 60 for weekend, free for children 12 and under. 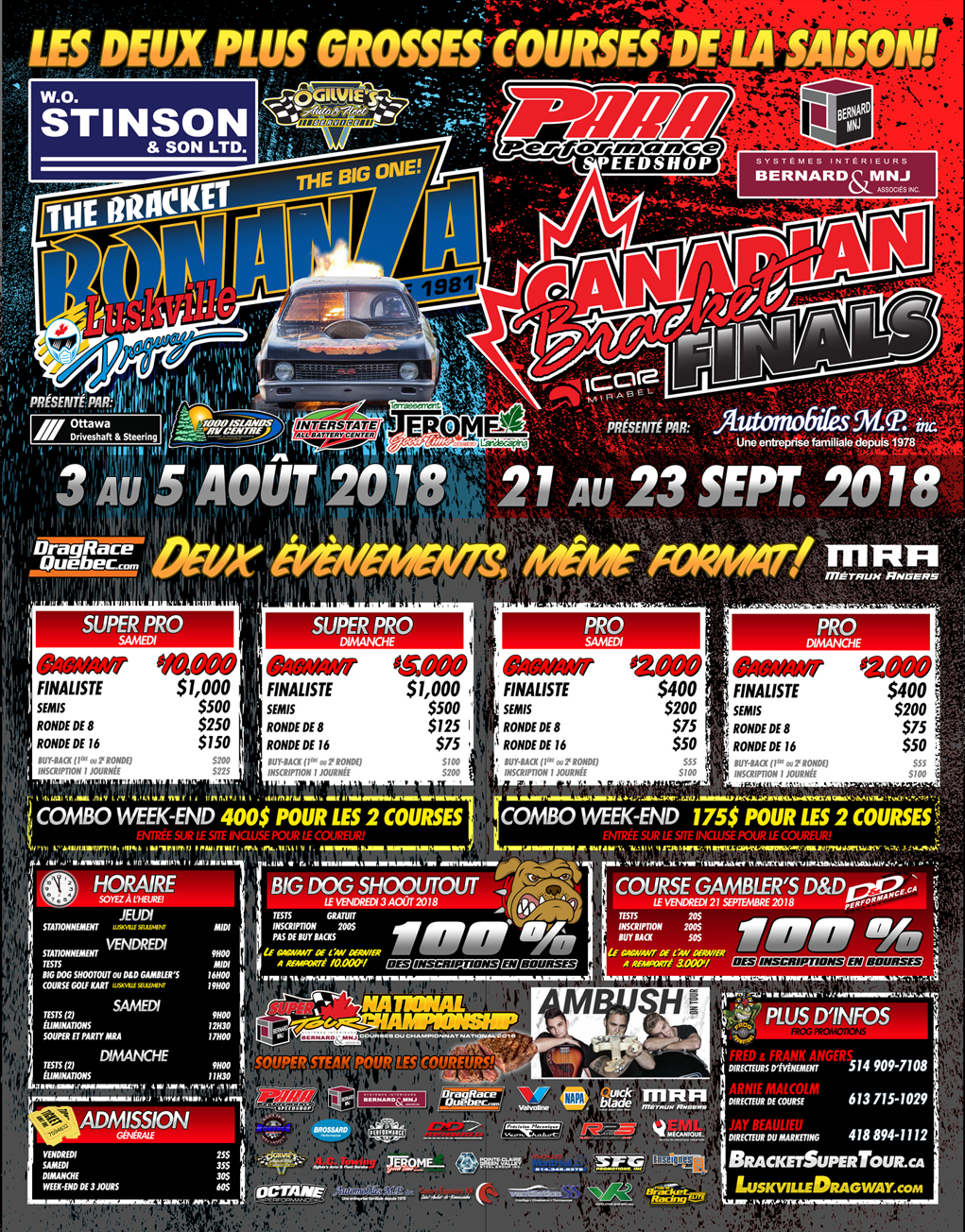