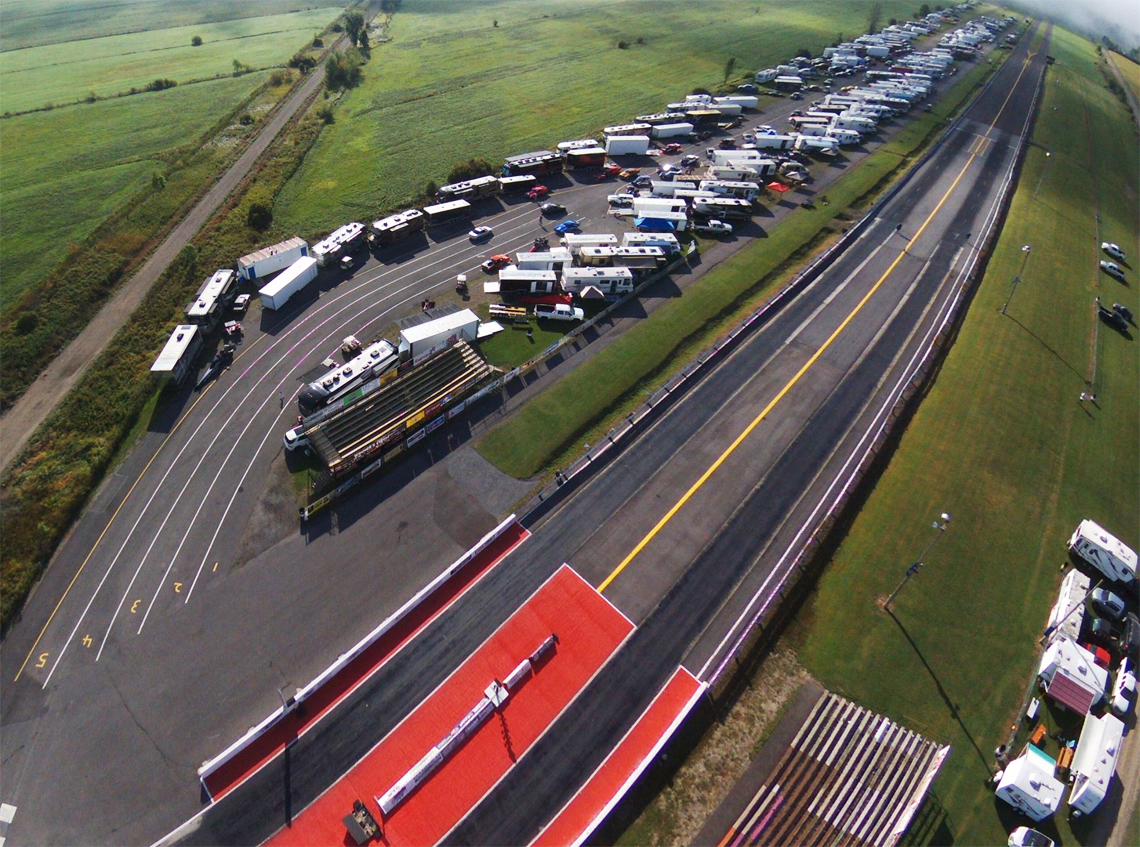 By Friday afternoon, Super Tour promoters knew that record would be broken! Over 50 Super Pro 45 and Pro were on site for Friday night activities. In the Super Pro class, the rookie driver and 2016 Bracket Bonanza winner Eddie Lapointe took out points leader Kyle Jessup in the semifinals before taking on Ron Headrick in the final round. 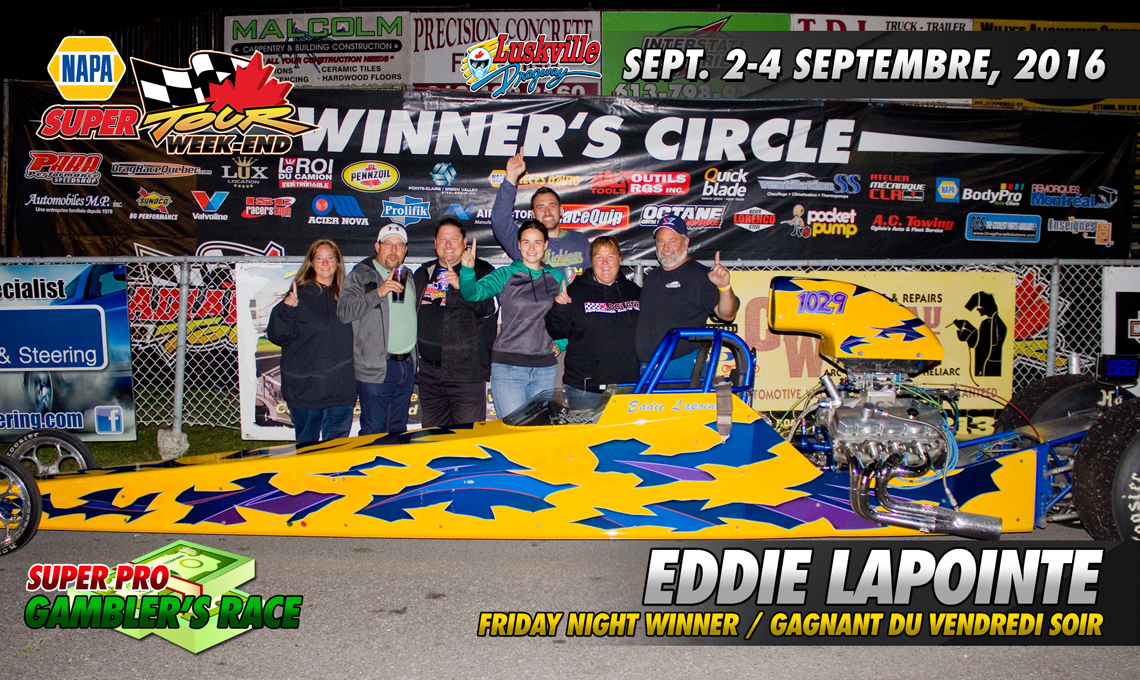 In the Pro class, Brian Parker took out Stephen Ballentyne in the semifinals before winning the race against Dan Sproule. 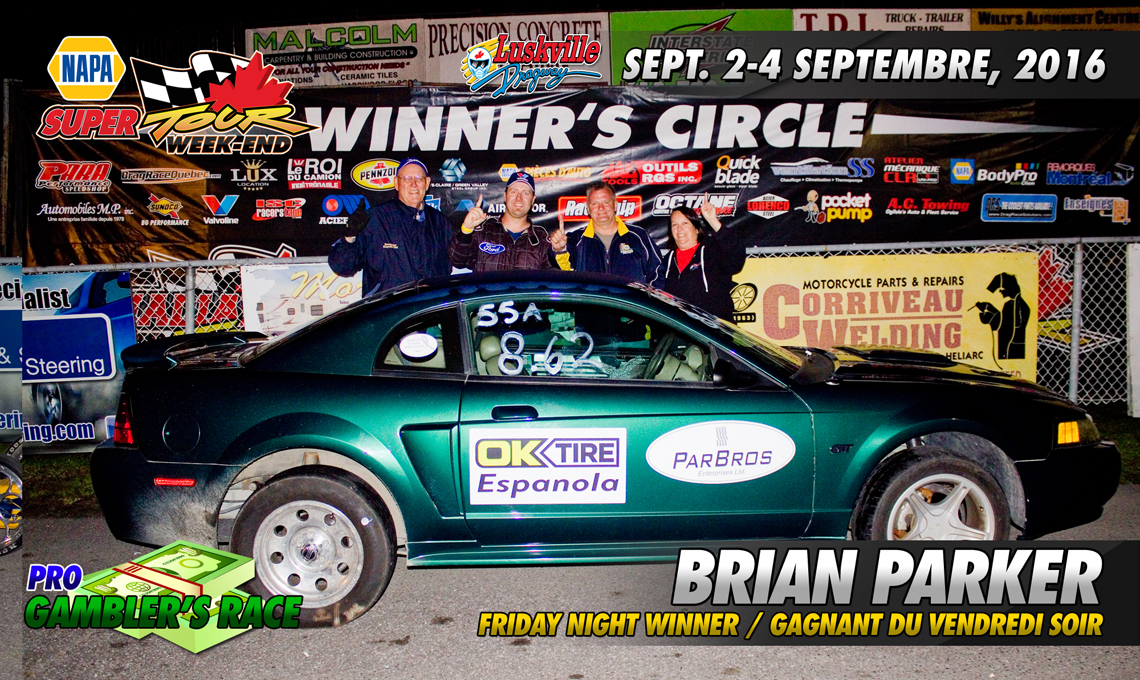 Saturday morning more than 70 Super Pro and a Luskville record of 80 Pro entries were recorded. Eddie Lapointe was on a roll and reached the semi-finals. Vicki Ogilvie had the better of Serge Forget. Derek Malcolm took out Dan Allard and Kyle Jessup eliminated Denis Black. The next round, Vicki Oglvie had the better of Lapointe while Malcolm took out Jessup. The Super Pro final round was between Derek Malcolm and Vicki Ogilvie. Malcolm was declared the winner right off the start while Ogilvie was 001 red. With this win, Malcolm was gaining points on the points leader. He was hoping Jessup would lost first and second round on Sunday to be able to pass him with a win that same day. 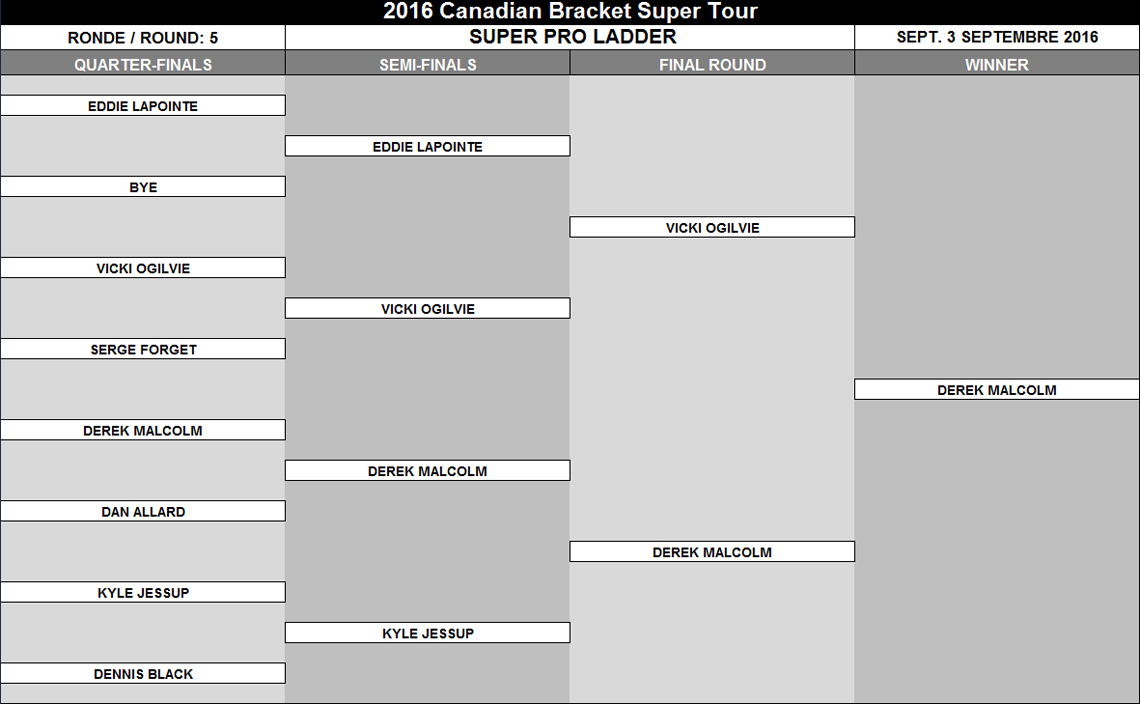 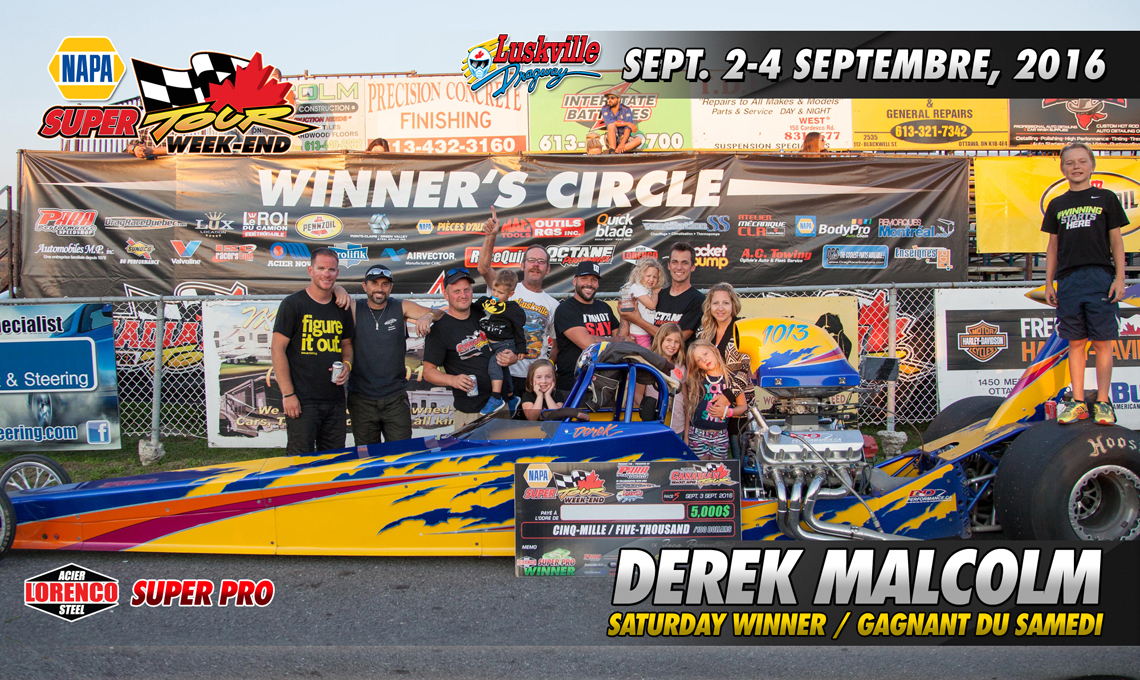 In the Pro class, Rob Graveline took out Gord Harling in the quarterfinals before having the bye-run the final. Previous day runner-up Dan Sproule had the best of Daniel Blouin and Steven Clarmo won his race against Tim Fearry. Clarmo then took out Sproule in the lone semi-final. In finale Rob Graveline met with Steven Clarmo. Graveline was victorious and grabbed at the same time the points lead in the Pro class. 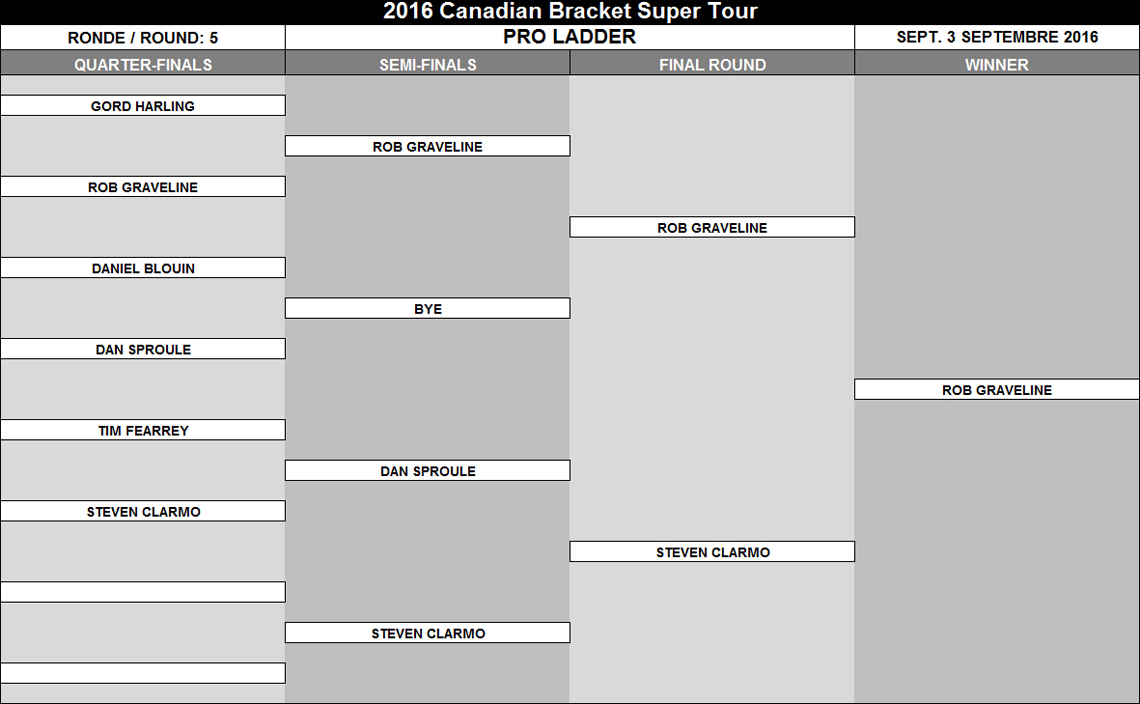 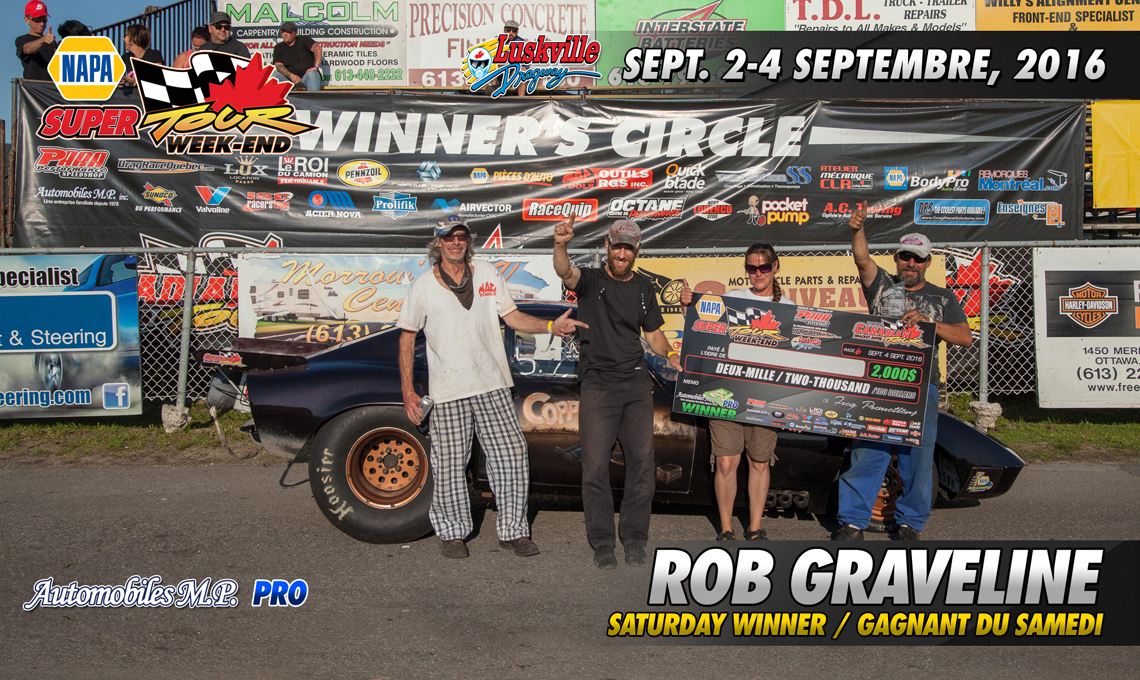 The Jr. Dragster win went to Max Gauthier who won against Landyn Urslak in the final. 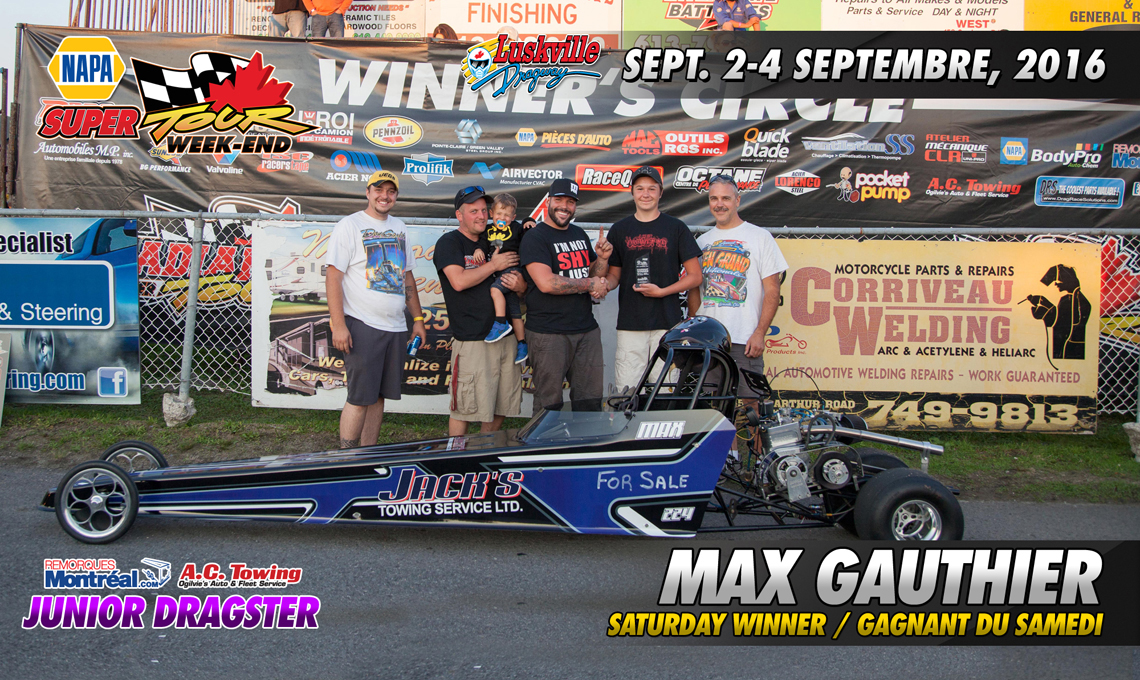 Two High Rollers races were presented in the evening. The Texas Hold’em Race with a 500$ entry brought together 8 of the best Canadian racers in a Winner Takes All matchup. Once again, Kyle Jessup stood out with a win against Jamie Tupper semifinal. He met the winner of the previous race Derek Malcolm in the final. Malcolm took out Joel Lapierre the round before. Kyle Jessup won the $4,000 payout in a tight race with a .003 reaction time taking .002 at the stripe. 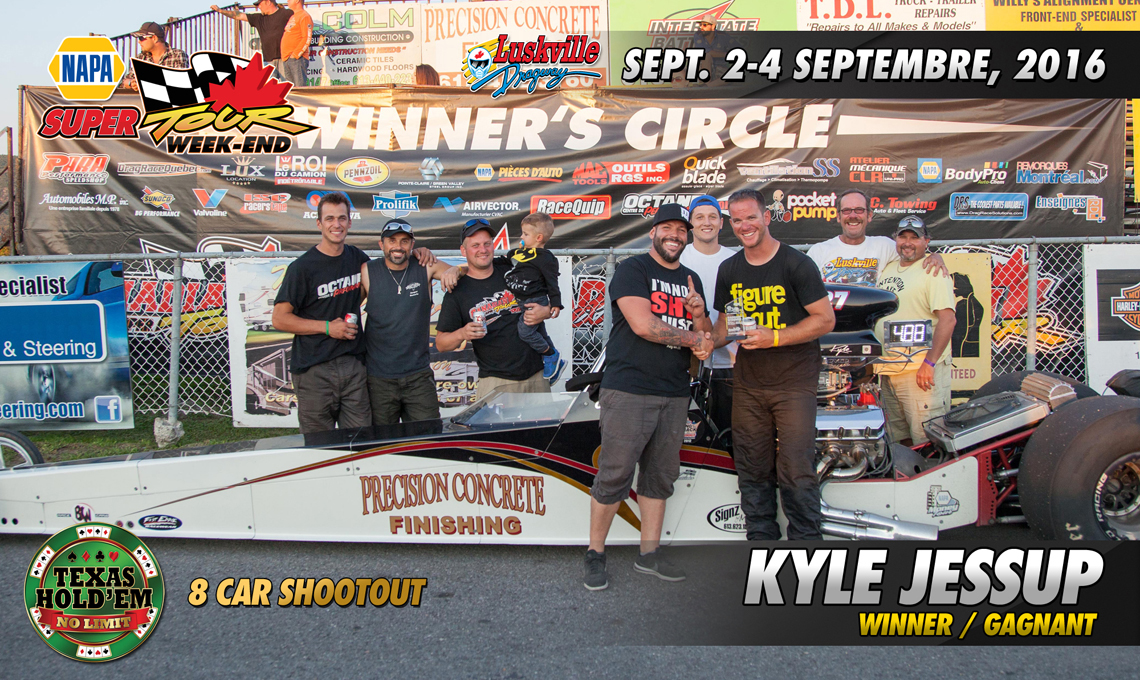 In the other High Rollers Door Cars only race Tim Quintin had the best of Dale Gauthier in the final round. Gauthier took out Jamie Tupper and Quintin had Jacques Lelièvre in the semi-finals. 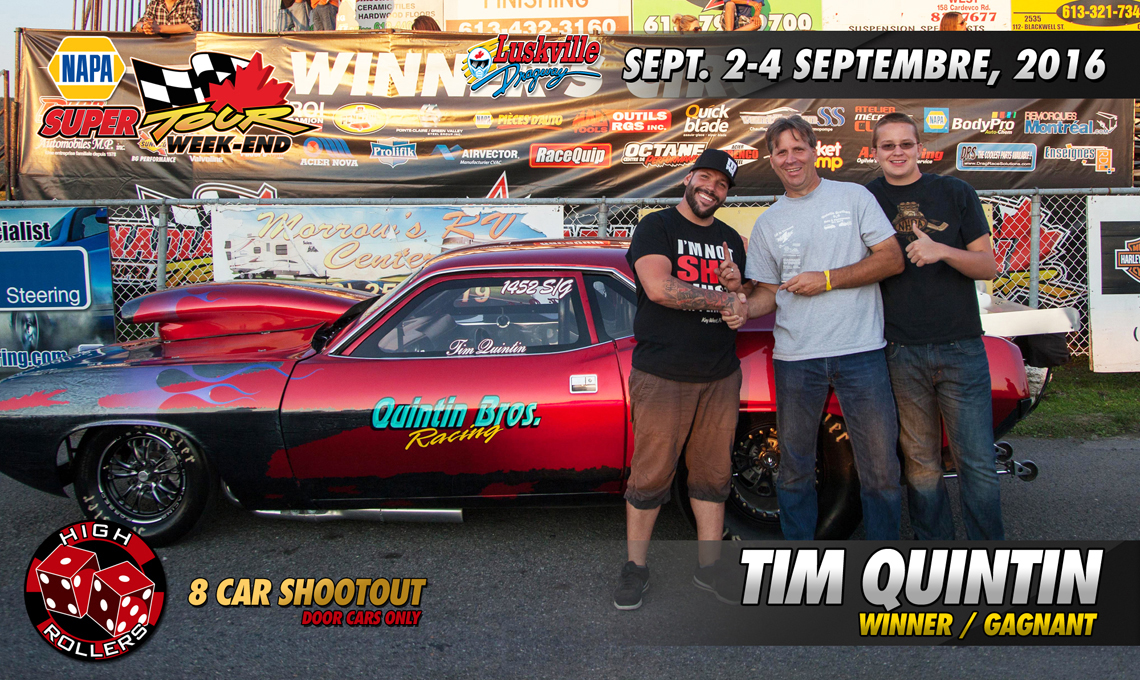 The traditional Racers Appreciation Party took place on Saturday night at the Angers Trailer in addition to the Pyro Jet Truck exhebition of Rick Kropp and Fireworks courtesy of Arnie Malcolm! 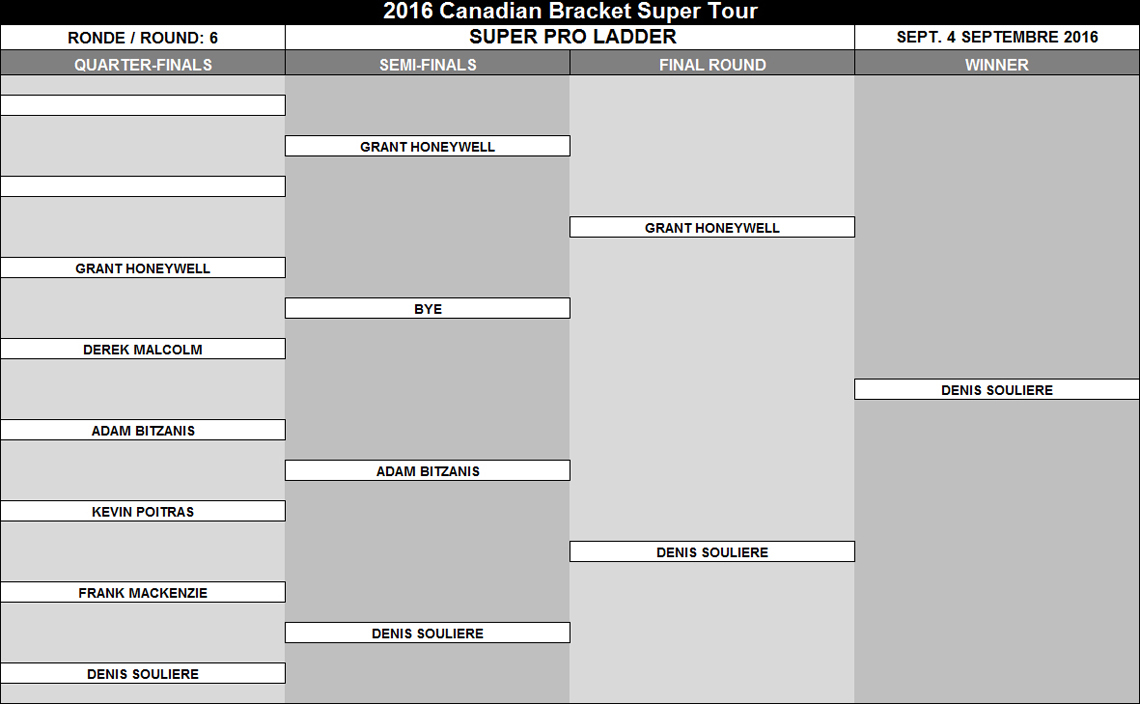 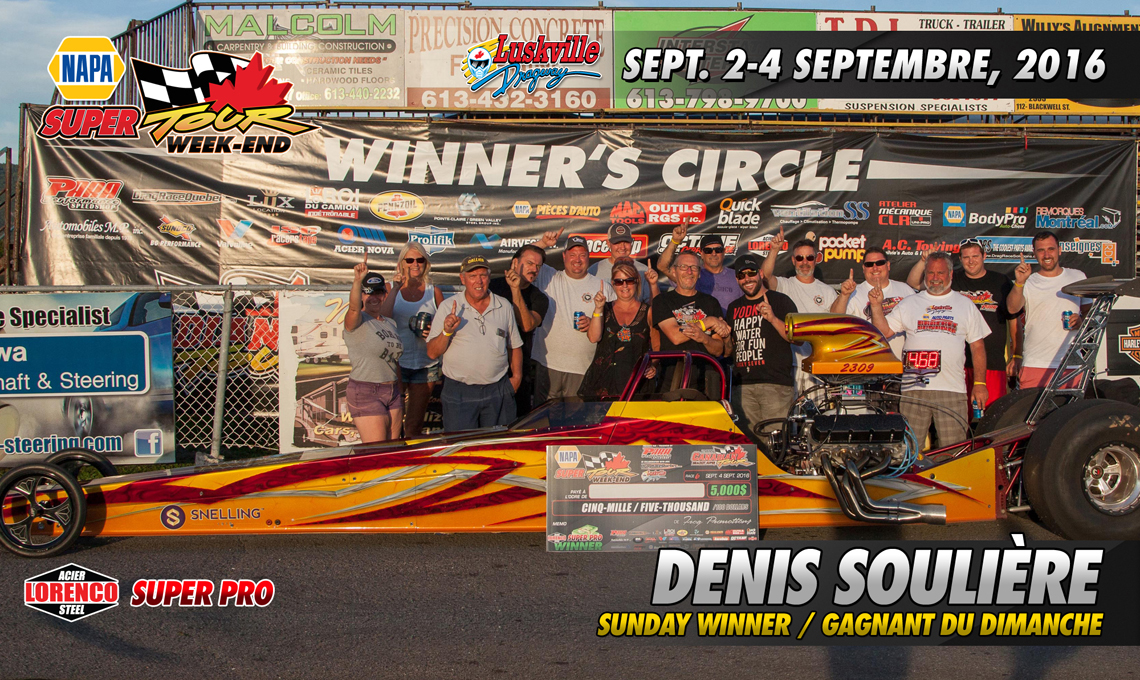 In the Pro class, Fred McDonald reached the quarterfinals to lock his 2016 Pro championship. He lost against Jim Hewitt that round. Tim Fearrey had the better of Yves Poirier and Dan Pillwein eliminated Darryl Jensen. In the semifinals Hewitt had the bye while Dan Pillwein took on Tim Fearrey. Jim Hewitt then won the race against Dan Pillwein. 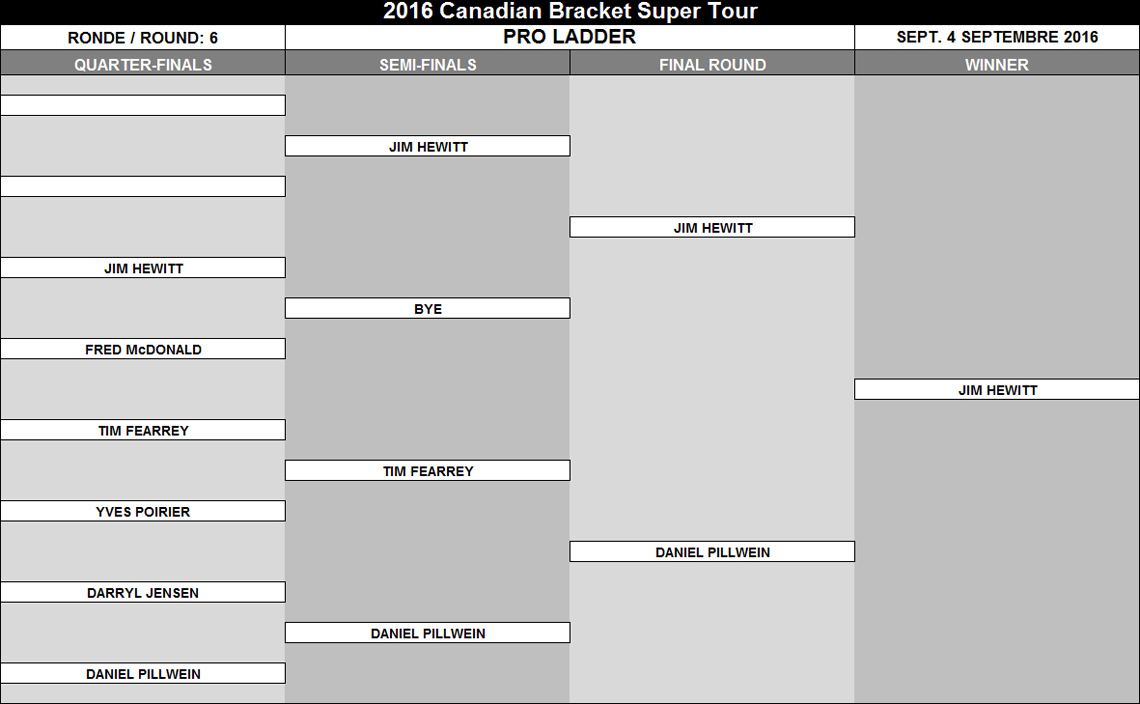 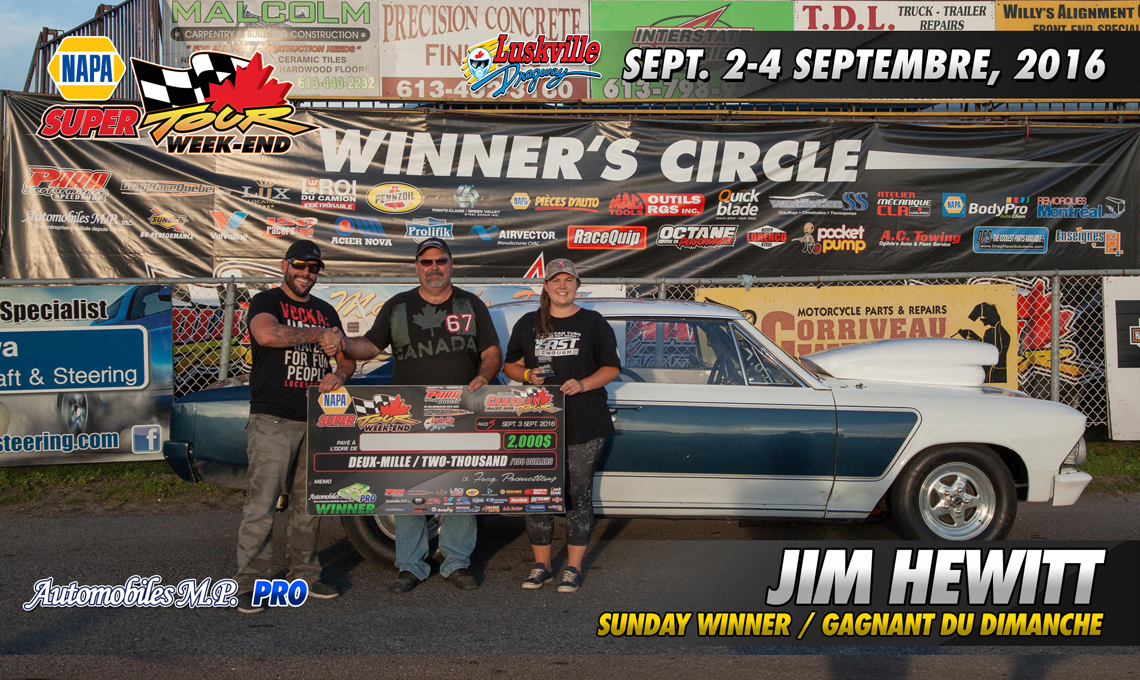 The Juniors race was the affair of Landyn Urslak who clinched the victory against Ashley Ogilvie. 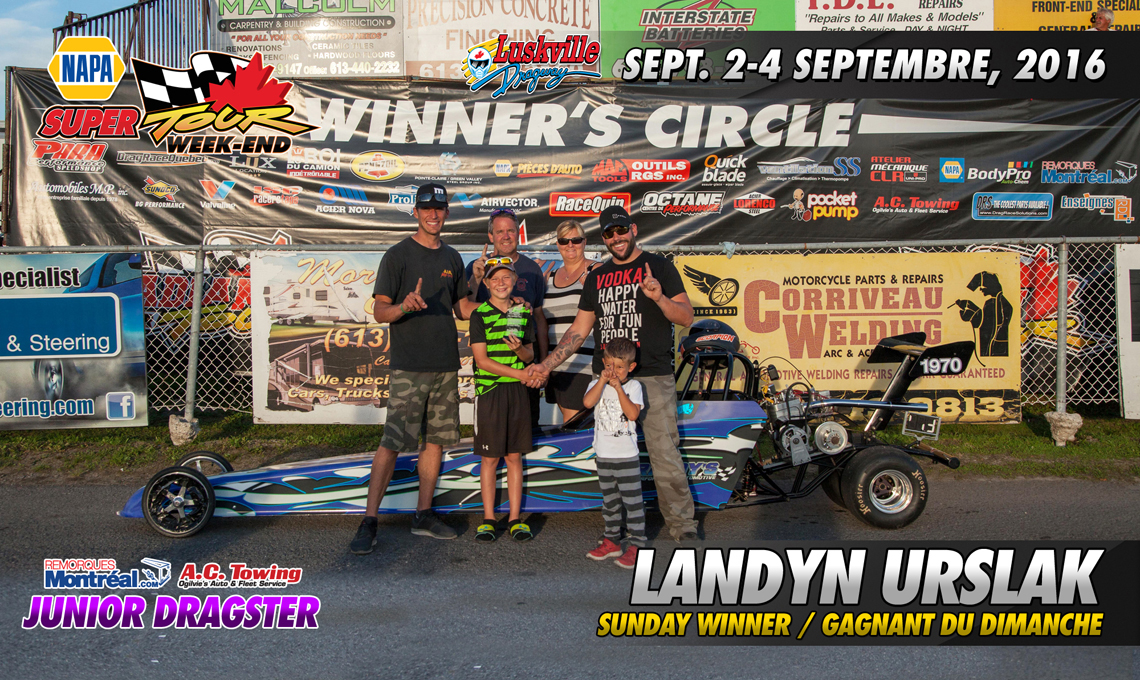 At the end of the day, Kyle Jessup became the first Canadian Super Pro champion and Fred McDonald the first Canadian Pro Champion. Both drivers will be crowned at the Racers Appreciation party on September 23 at the Canadian Bracket Finals. 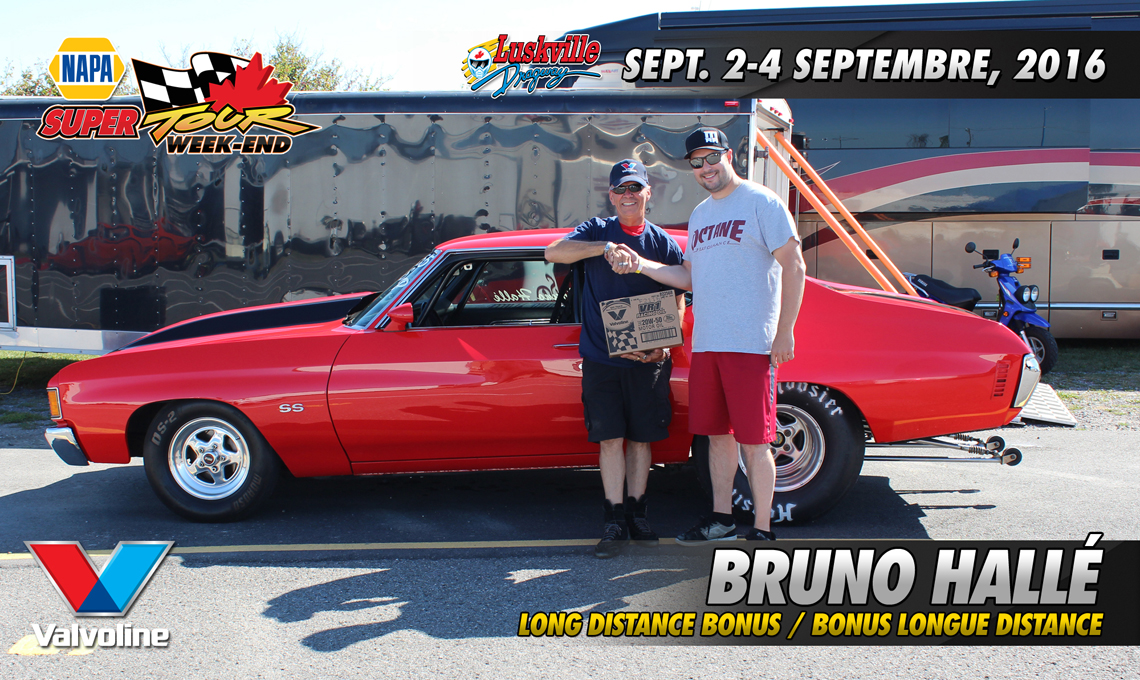 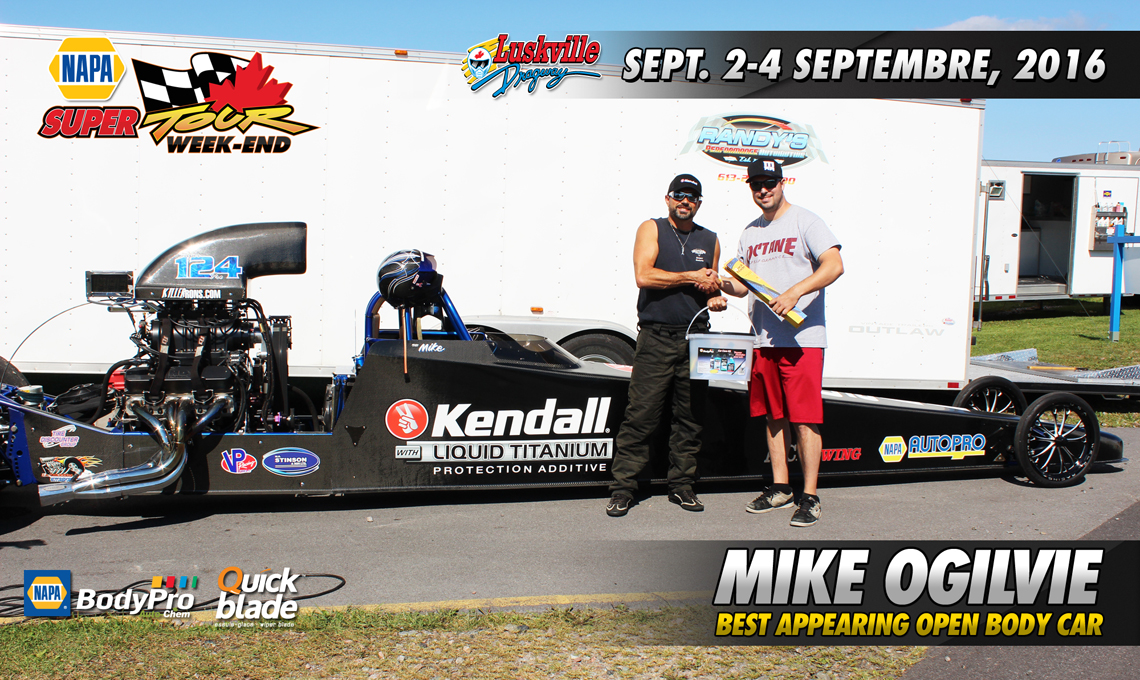 The Best Appearing Dragster Award went to Mike Ogilvie. He received a Car Car Package and a set of Wiper Blades courtesy of NAPA BodyPro and Quick Blade. 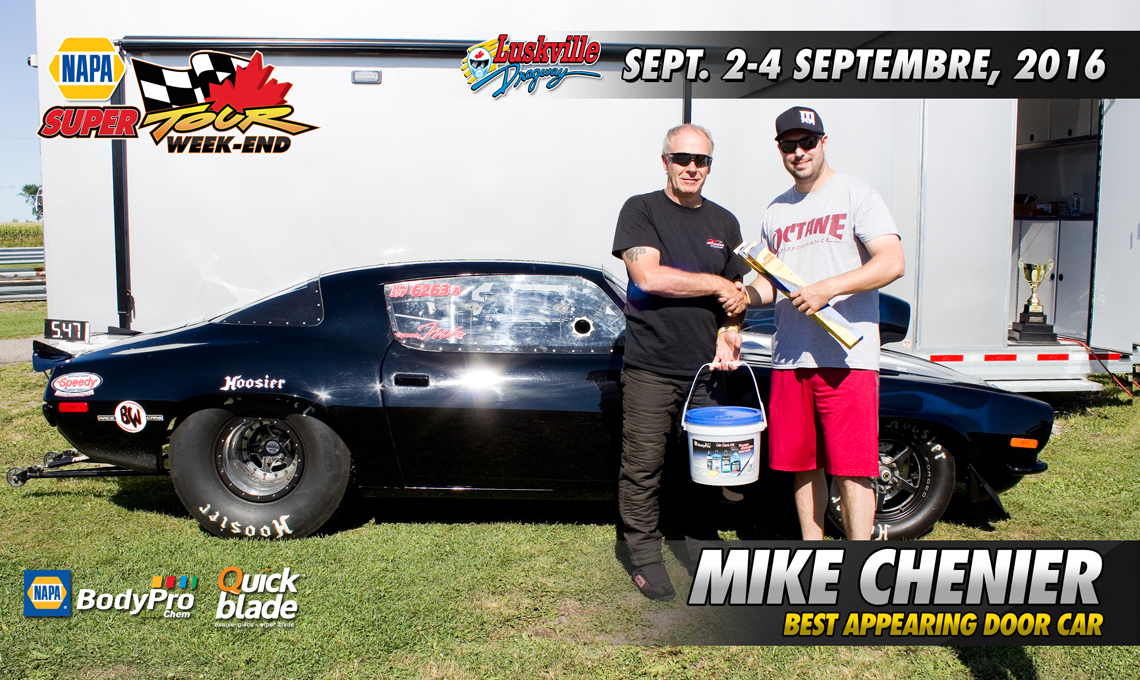 The Best Appearing Door Car Award went to Mike Chenier. He received a Car Car Package and a set of Wiper Blades courtesy of NAPA BodyPro and Quick Blade. 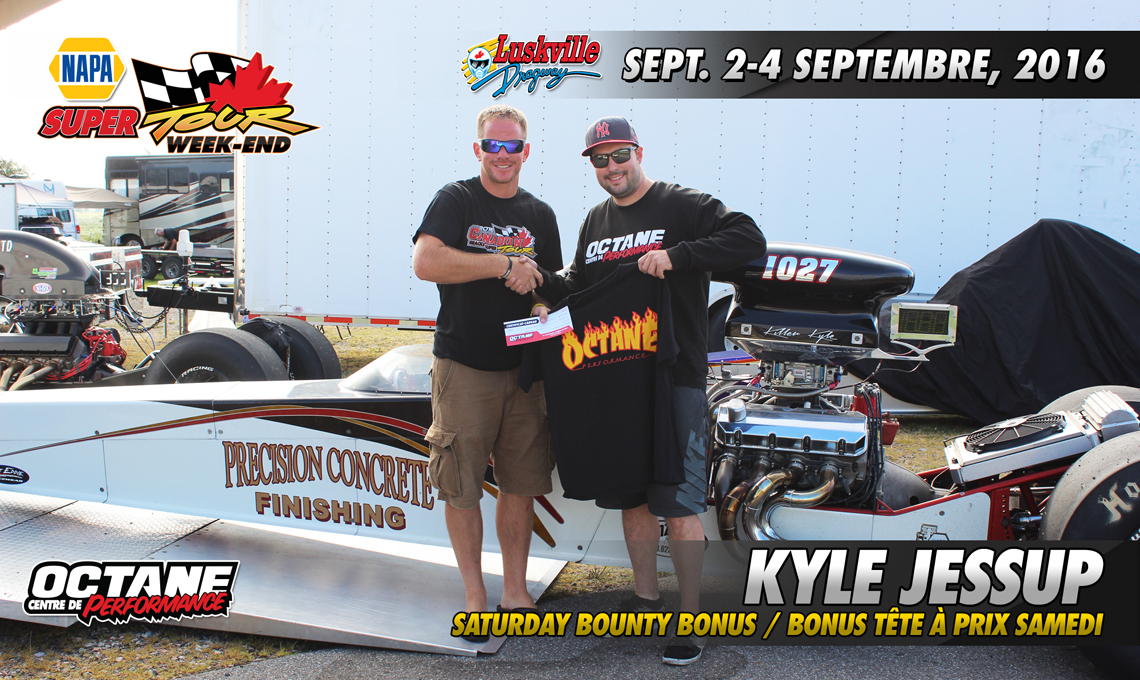 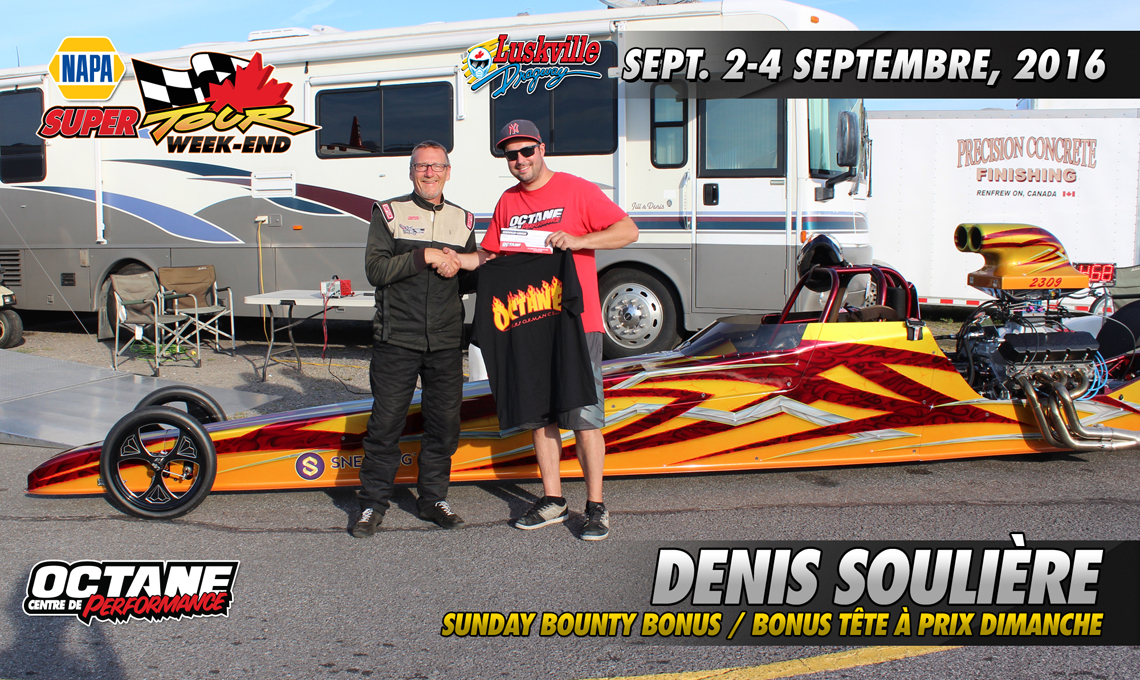 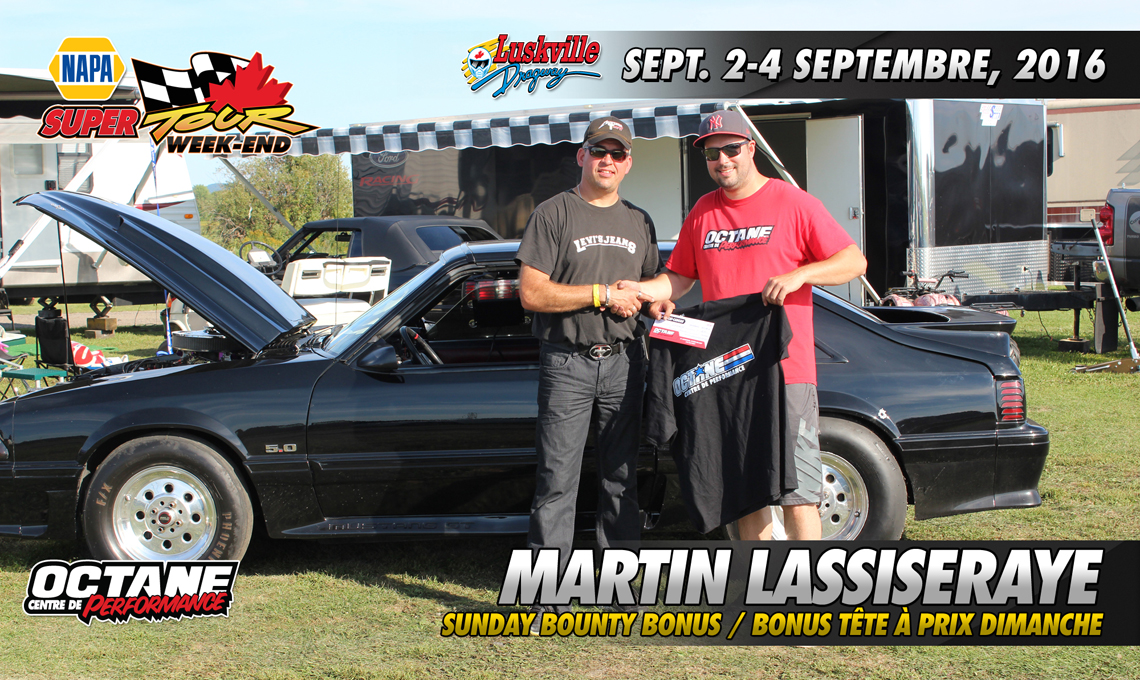 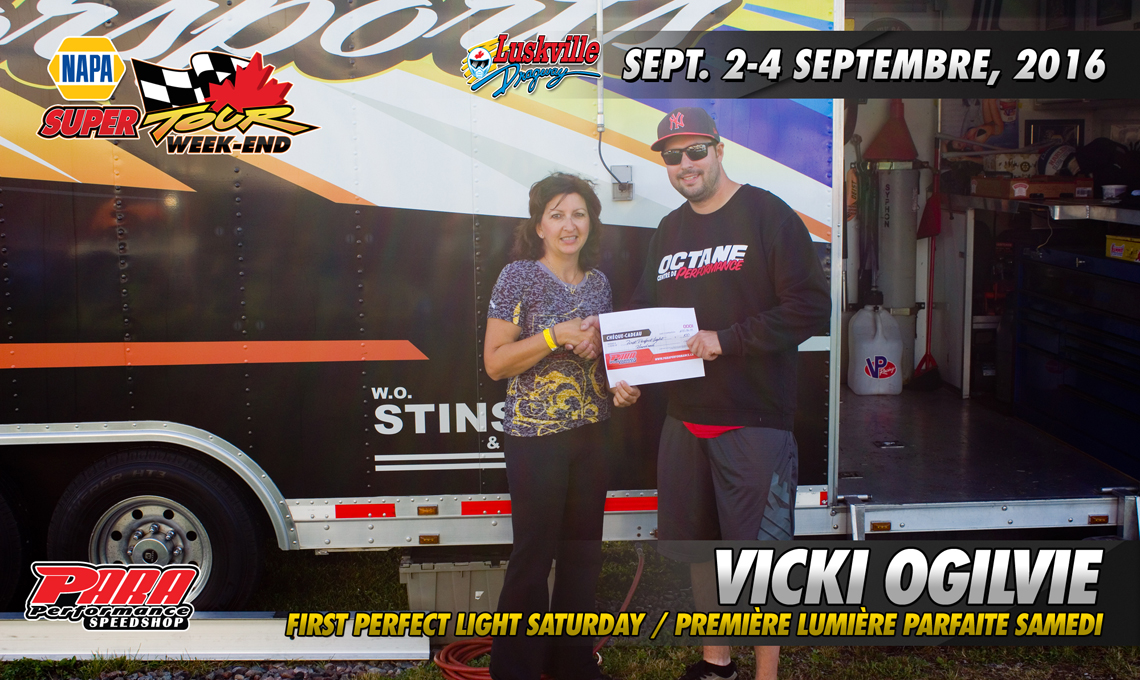 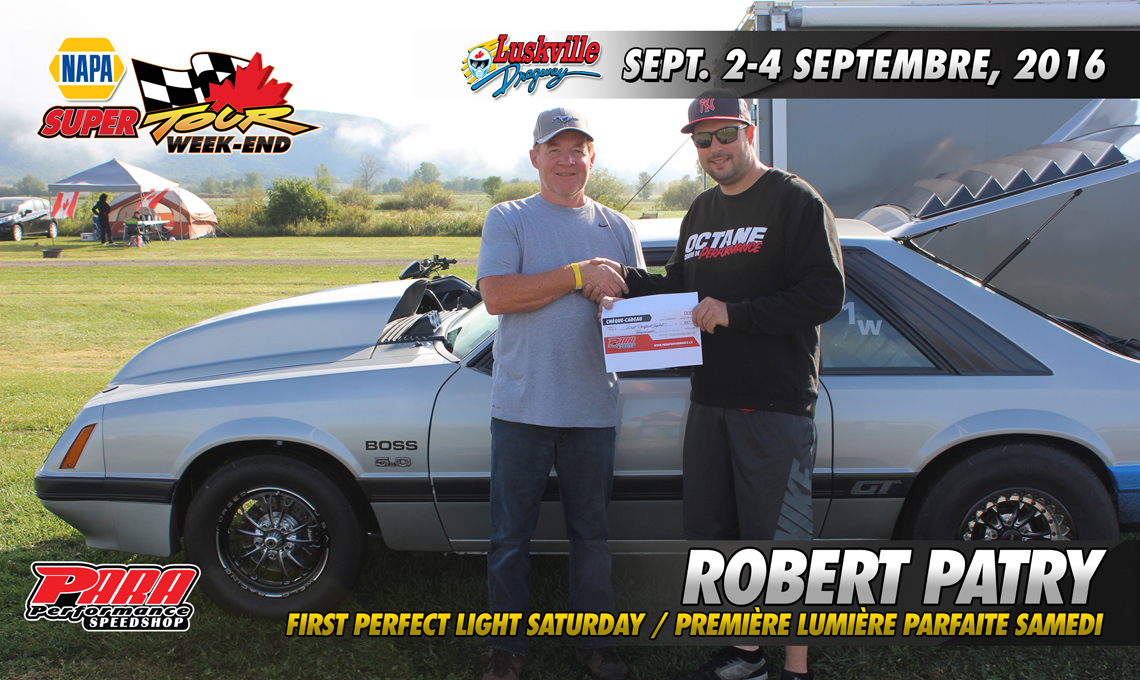 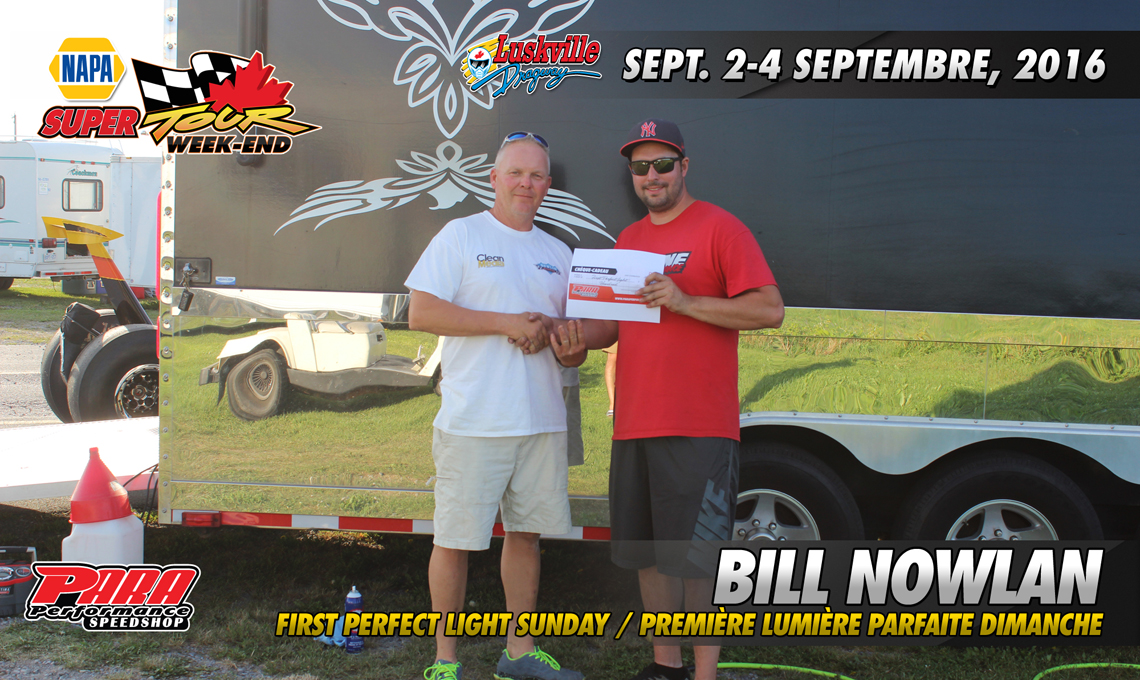 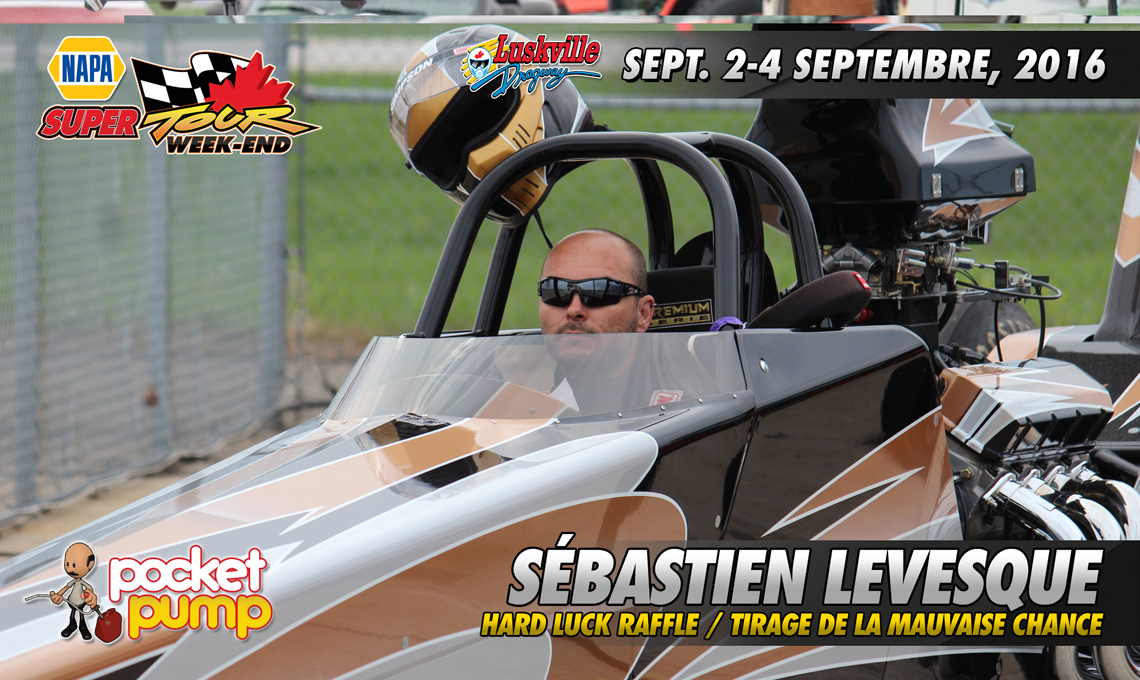 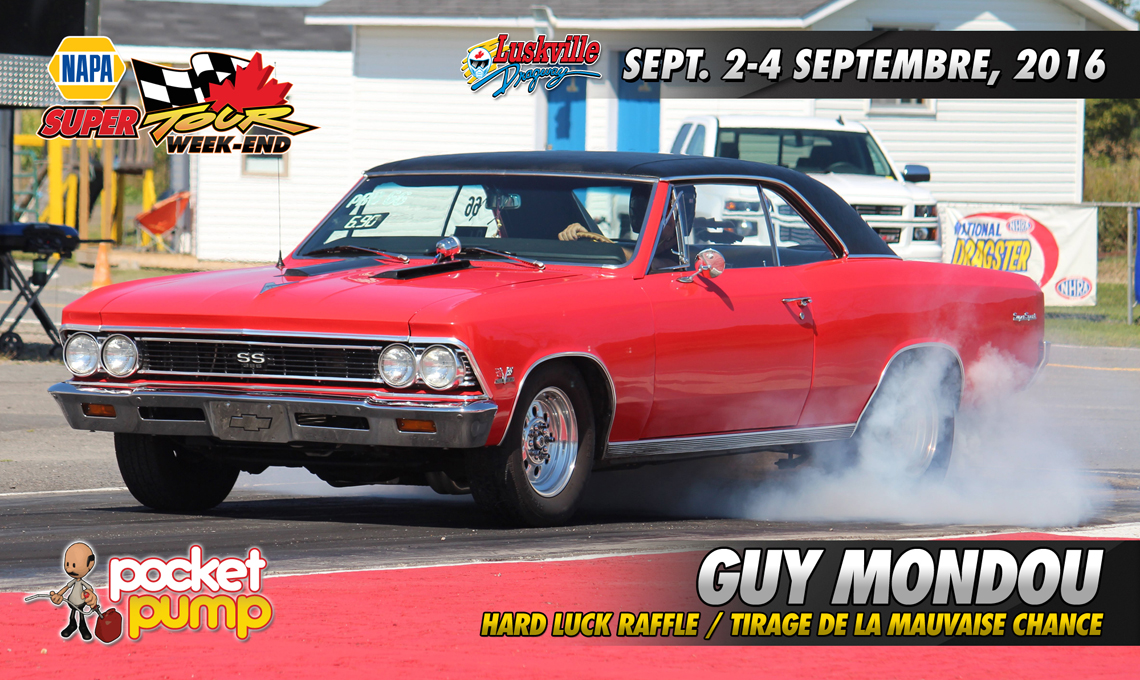